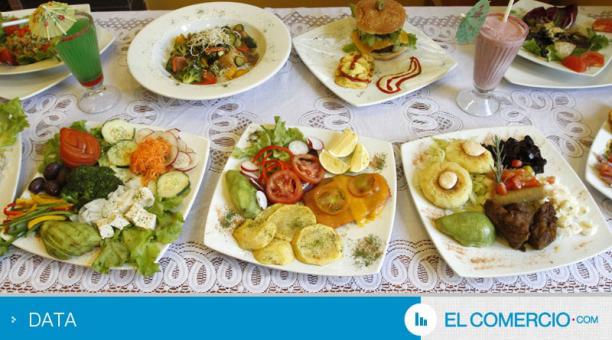 Eliminating meat from daily food could reduce greenhouse gas emissions in Ecuador by 77% by 2050. This type of diet, which includes dairy products and eggs, has a direct impact on reducing global warming.

This was determined by a recent study by the University of Oxford, published in the journal Proceedings of the National Academy of Science. This research compares the effect that diets with a minimum consumption of meat, vegan and vegetarian on health and the environment.

According to the studies, the vegetarian diet would prevent the premature death of 20,561 people in Ecuador until 2050 and of 7.3 million in the whole world. The benefits would also be economic. It would generate savings of USD 2 412 billion of expenses associated with health in the country and USD 970 billion worldwide.

Although in Ecuador there are no figures on the number of people who opt for this diet, a survey conducted by the Nielsen group in 2016 shows that 8% of Latinos have opted for vegetarianism. On the planet, 14% of the respondents answered that they are vegetarians.

For John Preissing, representative of the United Nations Organization for Food and Agriculture (FAO) in Ecuador, the solution is not to eliminate the livestock industry, as it is a way to combat malnutrition that exists in the region. Currently, FAO, together with the Ministries of Environment and Agriculture, is carrying out the climate-smart livestock program, which involves more than 700 farmers and more than 5,000 hectares.

The objective is to work with the members of this sector to generate a practice that generates less pollution to the environment and is productive. This initiative began in 2016 and is expected to be extended until 2020. According to the FAO, livestock products supply a third of the world’s protein consumption and are a possible solution for malnutrition. (I)