Venezuela celebrates 2nd Anniversary of the death of Hugo Chavez 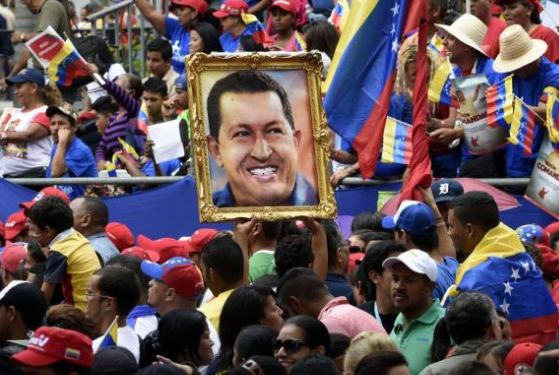 Supporters and officials of the Venezuelan government paid tribute to former President Hugo Chavez, on the occasion of the second anniversary of his death in a massive act amid an acute economic and political crisis faced by the country.

The event took place at the Plaza Bolivar in Caracas, where President Nicolas Maduro chaired an “Anti-Imperialist Tribune,” and once again lashed out against foreign media, which he described as “stupid.”

Guests as the daughter of Cuban President Raul Castro, Mariela, and the wife of former Honduran President Manuel Zelaya, Xiomara, participated in the tribune, who paid an emotional tribute to the memory of the Bolivarian leader.

Maduro said that Chavez’s anti-imperialist legacy will endure for years and said that the United States makes a lobby thoughout the Americas seeking to “isolate” the Bolivarian revolution.

“Chavez left a huge legacy, no leader ever managed to embody in the perfect way Hugo Chavez embodied the historical ideals of Bolivar, of the whole homeland, of 500 years of resistance,” said the president.