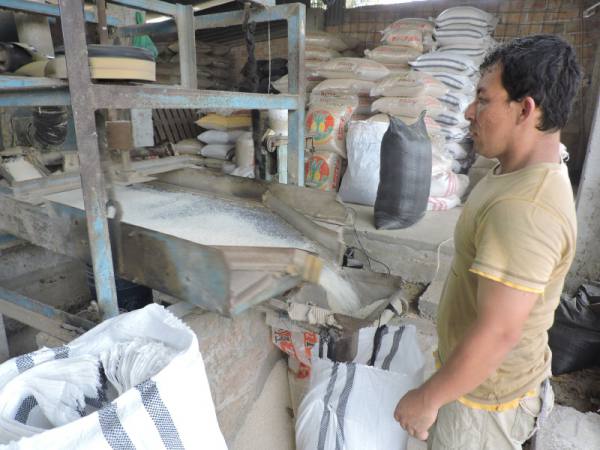 The direct offer of sale of rice or the possibility of a food exchange for diesel are two of the marketing alternatives that are analyzed with Venezuela.

The two proposals were announced last week by the Minister of Agriculture, Ruben Flores, in a conversation with the media, which said that they will give a period of fifteen days to meet the demand of Venezuela of 13 tons of rice.

He explained that this country, through its ambassador, Carol Delgado, presented the requirement of rice and six other products, such as milk, palm oil, chicken meat, tuna, among others.

This offer has already been delivered to the Venezuelan team that will have to present it to their government, said Flores.

The second road proposed, and which is under analysis, he said, is that as it is interacting with the Ministry of Petroleum and Petroecuador, before the demand for diesel in that country, to be able to exchange food for this refined petroleum product.

“It was raised in terms of analysis, the team has already been formed,” he said.

The price in this negotiation is of 32 dollars and the presentation in covers of a kilogram or in polypropylene bags of a quintal. Flores said that Venezuela also has offers of rice from Mexico and Colombia, which has put a competitive price against these two countries.

The product that would be sold to Venezuela would be from the Public Company Storage Unit (UNA), which has about 30,000 tons of paddy rice and 16,000 tons of piled rice.

He stated that there has not been a marketing policy. “You cannot continue promoting the sowing of any crop if you do not know who is going to sell …”, he said. He pointed out that rice representatives have proposed that his ministry recover the leadership of the UNA, which is being analyzed by President Lenin Moreno, According to a statement from this portfolio, in the case of milk, the Livestock Industrial Company El Ordeño S.A. would sell to the Ministry of Popular Power for Food of Venezuela about a thousand tons of milk powder and more than 3 million kilograms of whole milk UHT in tetrapack. (I)