Venezuela worries the entire region; Ecuador is in silence 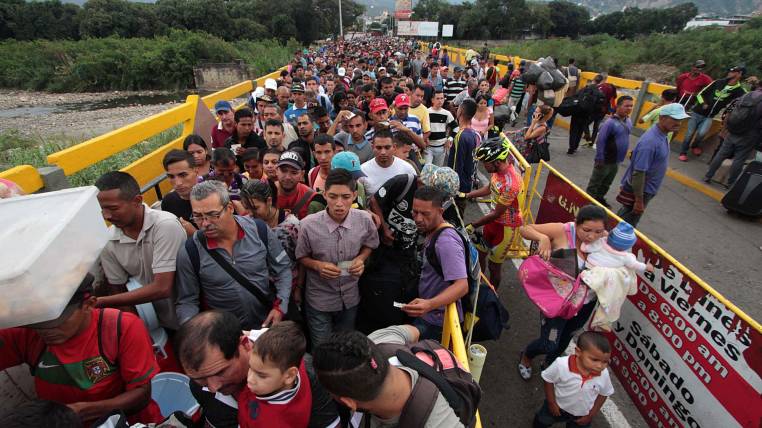 Condemnation grows but fails to impress everyone. The Ecuadorian government maintains its position of “non-interference” despite the complex social and political situation in Venezuela, which has forced thousands of citizens of that country to take refuge in other nations of the continent.

With this, Ecuador has been isolated, according to some social and political actors of the current rejection of the Government of Nicolás Maduro. Moreover, when the foreign ministers and representatives of 14 States, meeting on Tuesday in the Lima Group, questioned the legitimacy of the presidential elections convened for April.

In that meeting, the Peruvian Foreign Minister, Cayetana Aljovín, said that Maduro’s presence “will not be welcome” at the VIII Summit of the Americas to be held in Lima on April 13 and 14, which will probably be attended by President Lenin Brown. This firm position contrasts with that of Foreign Minister María Fernanda Espinosa, who has said very little about this, except to ensure that “Ecuador does not give democracy to third parties,” as it did at the beginning of this year.

“The Constitution clearly speaks of non-interference in the internal affairs of other states. Non-interference is not indifference, “the official added in an interview with the Ecuadorian public media. How long should Ecuador remain silent?

The former candidate for the presidency, Guillermo Lasso, believes that what happened in Lima marks the moment for the Government to include this position of condemnation that is growing in the continent and the world.

“President Moreno: this is an opportunity to break the complicit silence of your government against the dire state of democracy, human rights and the lives of the Venezuelan brothers,” Lasso wrote in a statement.

The former ambassador of Ecuador in Great Britain, Mauricio Gándara, even assures that there are contradictions in the Ecuadorian position. “While President Moreno has heard him say that he worries about the excess of political prisoners and deaths, the chancellor goes over and does not talk about that issue.”

The mayor of Guayaquil, Jaime Nebot, also referred to this issue that worries the region: “The situation in Venezuela and what Mr. Maduro does already deserves a kind of international action planned in these cases of abuses of this kind by laws and international organizations, “he said in his usual link.

EXPRESO communicated with a leader of the Venezuelan people in Ecuador, but declined to comment on the silence of the Ecuadorian authorities, to avoid possible consequences.

Vice President María Alejandra Vicuña acknowledged that Venezuela is experiencing a political crisis. However, he defended the “self-determination of the peoples” and that the problems of Venezuelans must be resolved at the polls.

Some 200,000 Venezuelans would have crossed from Colombia to Ecuador in the last three months. Last weekend, migrants fleeing the difficult situation of their country, made lines of up to nine hours to enter Ecuadorian territory.

The International Criminal Court will examine cases of repression in Venezuela, while the IACHR issued a report in which it speaks of a deterioration of human rights and the economic and political crisis in that country. (I)

The reins of financial institutions are released