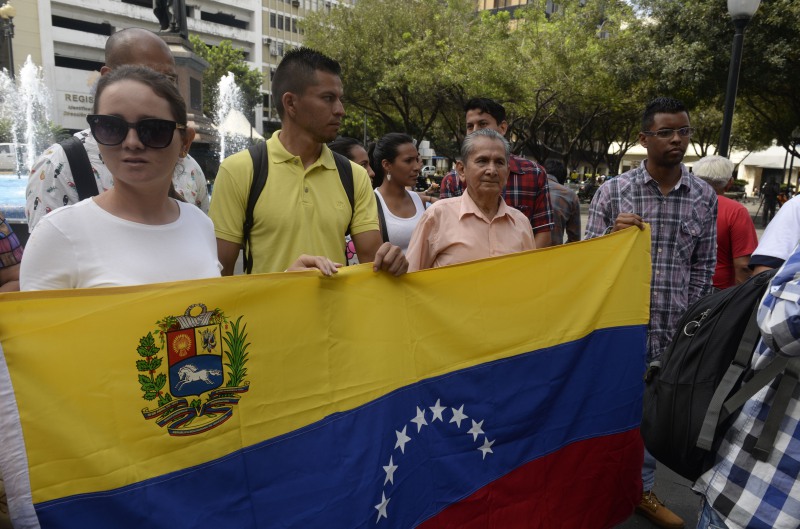 Although Venezuelan President Nicolas Maduro canceled at the last minute his plans to attend the presidential inauguration of Lenin Moreno, Venezuelans approached the northern entrance of the Legislature to shout slogans in rejection of that government and what happens in their country.

“Maduro is a coward, he is a murderer of students,” “out Maduro” or “Venezuela is freedom,” were the chants heard with more force every time the authorities arrived at the ceremony.

To prevent the protest from reaching the northern entrance door of the Legislature, a strong police contingent went to the House of Culture and headed to the north, towards the Patria Avenue. Very close to the Venezuelan sit in, in El Arbolito Park, supporters of the ruling party were gathered.