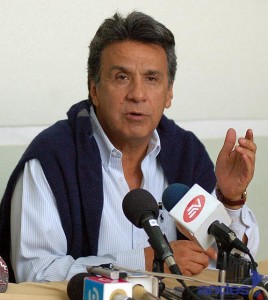 On Monday, Vice President of Ecuador, Lenin Moreno, assured that the $4.000 million of subsidies in the country will be kept, because their elimination represents a high social and political cost.

Moreno said that the government will maintain the subsidies, because they have taken the experience of what happened in Bolivia, where the removal of fuel subsidies led to large protests that forced the government to backtrack.

The Ecuadorian government spends approximately U.S. $ 4,000 million in subsidies, which represents about 16.7% of the total state budget, which this year was set at 23,950 million dollars. Fuel, gasoline and cooking gas account the 50% of the total.

“We must find an appropriate mechanism for targeting subsidies. We have not found it yet, so this mechanism will have to be postponed,” said Moreno.

Correa Handed Out the Questions for Referendum