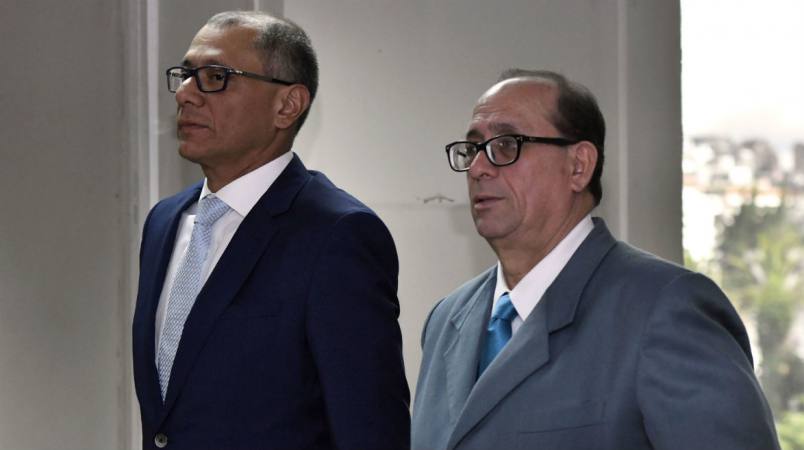 The Vice President of the Republic without functions Jorge Glas Espinel will go to trial in a Court of the National Court of Justice (CNJ), after this Tuesday judge Miguel Jurado decided to be included in that phase of the Odebrecht case, for the crime of illicit association.

Another twelve defendants will also go to trial. They are: former Comptroller Carlos Pólit, Ricardo Rivera (uncle of Glas), Carlos V., Gustavo M., Kepler V., José T., Edgar A., ​​Ricky D., Freddy S., Alexis A., Diego C ., and Ramiro C. A total of 180 indications that will be evaluated at the trial stage were read by the judge Jurado during the presentation of the legal basis.

After the jury’s opinion, the National Court of Justice must designate, by lottery, a tribunal formed by three judges for the trial stage of Vice President Jorge Glas and the rest of the defendants. The extradition process of former Comptroller Carlos Pólit was also initiated. Almost immediately, Jorge Glas’s lawyer, Eduardo Franco Loor, assured that the decision of Judge Miguel Jurado is political and maintains legal loopholes.

In the time that has elapsed since the fiscal instruction was closed in this case, several appeals have been resolved, most of them filed by Eduardo Franco, Glas defense. The official was denied the substitution of the preventive detention, a habeas corpus, the recusal of the jury judge and the extension and clarification of the rejection of the challenge presented. (I)