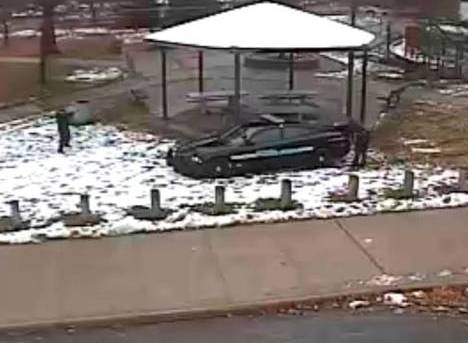 The policeman who shot last Saturday to an Afro-American boy of 12 who had a toy gun did it seconds after arriving at the scene, according to a published surveillance video and authorized by the Cleveland police.

Despite the short duration of the incident, the Cleveland Police said that Tamir Rice ignored the orders to raise his arms and it seemed he was going to grab something from his waist. “He was ordered three times to raise his hands,” said Deputy Chief Edward Tomba.

Then a police car parks and a cop gets out from the passenger side with a gun in hand and immediately shoots while Rice walks to the car.

The boy’s death has sparked protests in several cities in the United States, in a week in which racial tensions were raised following a court ruling that freed of charges a white police officer who shot another young African American in Feguson.

The policeman who killed Timothy Rice is Loehman, white, 26 years. He and his partner are suspended while the facts are investigated. Both officers were questioned, but their statements will not be published, according to Tomba.