Videos of Police assaulting Montúfar students are being analyzed prior sanctions 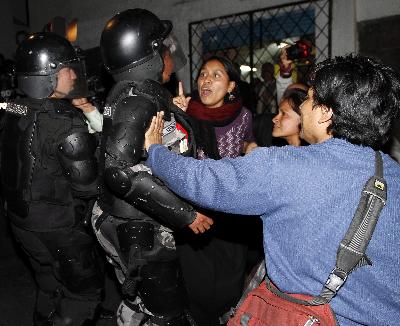 The Police Inspectorate is analyzing the videos, broadcast on social networks, about the aggression that would have suffered some Montúfar High School students, in the  September 17 workers march in Quito. A team of four researchers and legal counsel are in charge of the case and in the event of confirming the use of indiscriminate force of the uniformed, they would be fined.

President Rafael Correa was the first in alerting possible sanctions against the military.

To identify the policemen who were filmed hitting students, the lists of staff that was assigned to control the manifestations in the Montúfar school will be requested. Subsequently a work schedule and delivery times of the report with the responsibilities will be defined.

Cameron will offer apologies to Queen Elizabeth after inappropriate comment