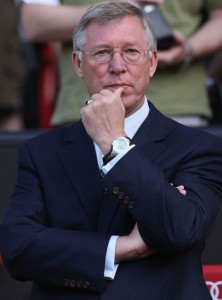 Sir Alex Ferguson admitted his concern because the Manchester United would face several casualties for tomorrow match against the Manchester City of Carlos Tevez by the 12th date of the Premier League.

Among the players that won’t be playing are: Paul Scholes, Dimitar Berbatov, Nemanja Vidic who are sick with a virus. Besides Wayne Rooney who is in the USA recovering from an injury, Ryan Giggs, Owen Hargreaves and the Ecuadorian Luis Valencia are also recovering. However Nani’s situation is unclear.

“We are counting heads. I have no idea how to begin with my team,” added the technical director. The sickness has spread through the Carrington complex after a journey to Turkey to play a match of the European Champions League.