Visa Revocation: The United States Embassy affirms that it will continue to review the visas granted and the applications made

Almost a month after the US ambassador, Michael Fitzpatrick, declared that visas for ” narcogenerales ” had been revoked in Ecuador; In an official statement, the United States Embassy pronounces on the revocation of visas and affirms that it will continue to review the visas granted and the applications made. 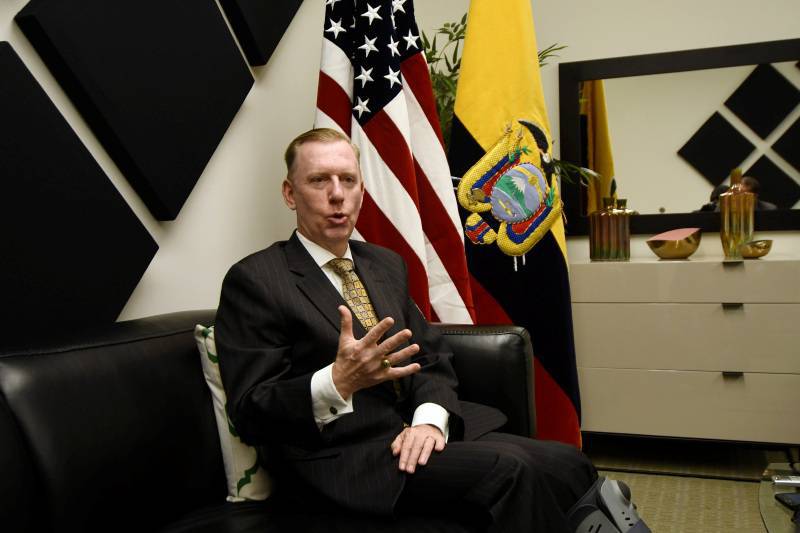 Michael Fitzpatrick, United States Ambassador to Ecuador, asks for patience from Ecuadorians who want to renew their visas in cases that are not a priority.

In the “statement” published the afternoon of this Monday, January 10, the Embassy indicates that it has revoked the non-migrant visas of several Ecuadorian judges and other individuals who work in the legal and judicial sectors, by determining that they no longer qualify for them. visas, and that they will not comment on individual cases because the records are reserved.

In addition, which having a visa is a privilege, not a right, and the decision to issue it is the sovereign of all countries in the world.

The Embassy concludes with an analysis of the consequences of corruption in the world, pointing out that corruption threatens the stability of countries and the stability of citizens, impedes economic growth, undermines human rights and destroys the trust of institutions.

“It should be noted that, in each instance of public corruption, there is also a private partner, equally involved. President Joe Biden has made clear that the United States is taking concrete steps to counter corruption and organized crime, both in the United States and abroad. No country can fight alone against these problems and other countries must do their part”, concludes the Embassy.

Until this morning, sources from the Ministry of Government confirmed that they still had not received a response to the request for information they made to the US Embassy, ​​as a result of Fitzpatrick’s statements.

Referring to the issue, on the morning of this Monday, January 10, Ecuadorian Foreign Minister Juan Carlos Holguín reported that Ecuador requested information on who the visas have been withdrawn from and that it has been public knowledge that, for now, the high sphere of the Police have their visas in order.

“The fight against corruption, as President Biden has said on more than one occasion, is not just a matter for the United States, but a commitment to the world. And for this reason, we salute the efforts that have been made in the last seven months by the United States to, respecting the division of powers that exists in our democratic and republican governments, in both cases, to be able to work together in that fight”, Holguin said.

Following the statements of the United States ambassador, President Guillermo Lasso assured that the Embassy should refer to the generals who were dismissed this year and supported the current police leadership, led by Commander General Tannya Varela.

In addition, the Embassy summoned General Víctor Araus and withdrew his visa. Araus was fired along with three other generals: Pablo Rodríguez, Inspector General of the Police; Édgar Correa, director of Social Welfare; and Paulo Terán,in August of last year, by President Guillermo Lasso, through an executive decree, and reinstated by judicial decision in his functions. The Government is in the process of appealing the decision to the Provincial Court of Pichincha.

For their part, the Minister of Government, Alexandra Vela, and the police leadership went to the General Comptroller of the State to request the initiation of a special examination of their patrimonial declarations and those of their family.

On December 27, the Comptroller’s Office announced that it is initiating special examinations of the patrimonial declarations of 25 generals of the National Police and that the patrimonial investigations would take 91 days and will be extended to spouses, common-law partners and minor children of the examined. (I)