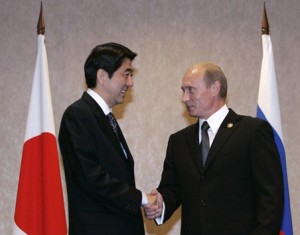 Japanese Prime Minister Shinzo Abe resigned to receive this year to Russian President Vladimir Putin because of tensions linked to the situation in Ukraine and the Japanese sanctions against Moscow, reported this Tuesday local media.

Both countries had agreed that the Russian leader would visit Japan during the fall, but Washington asked Tokyo to postpone the project, according to the news agency Kyodo News, citing government sources.

For the Japanese government is important to maintain harmony with the West, so it followed the steps of the United States and the European Union (EU) to impose sanctions on Moscow as a result of the Ukrainian crisis, Kyodo stresses.

Japan would like to welcome Putin next spring, but this will depend on how then are the relations between Washington and Moscow, the agency added.

The daily Sankei Shimbun also considered that the visit of the Russian president would be postponed to early next year as earliest.