Walks, orders and a ‘trial’ in favor of the yes 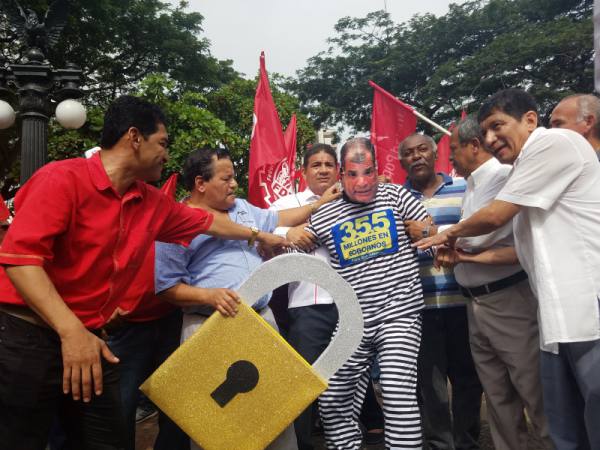 Several political and social movements carried out yesterday marches and rallies in favor of the Yes, in Quito and Guayaquil, for the questions of the referendum and popular referendum next Sunday.

One of them, the Coordinator of Social Movements for Democracy and Socialism, concentrated in its headquarters, north of Quito, to carry out its so-called Social Chasky by the Yes, with delegations of indigenous, mountaineers and Afro-Ecuadorians who, after a walk, arrived at the center of the city, past noon.

Dary Aguinda, of the Organization of Women Kichwas of the Napo, took in her hands guayusa and cinnamon. She argued that the guayusa was to purify the soul and gave strength to continue working and cinnamon was to give a positive scent.

In the Plaza Grande, after a walk from the south came the Union of Indigenous Peasant Organizations, residents in Quito, and the Jatarishum movement, which means let’s get up.

They more than supporting the popular consultation asked to be received in Carondelet to deliver a proposal of land legalization. Meanwhile, with a parody on thrones and kings, held in the exterior of the Palace of Carondelet, Citizen Watch, of the Assemblywoman of CREO Mae Montaño, was against indefinite re-election and what he called “monarchs”.

The Assemblywoman mentioned that President Lenin Moreno has asked civil society to propose names that would make up the Council for Citizen Participation and Transitory Social Control, and within that framework he was going to hand over his options to 16 candidates. In Guayaquil, Gary Moreno, brother of the President of the Republic, and leader of the political movement Freedom is People, held a press conference and later a motorized caravan to express support for the Yes in the questions of the referendum. Moreno, who will make his campaign closure today with a caravan that will be concentrated on Avenida de las Américas, in front of Alberto Spencer Stadium, starting at 3:00 p.m.

He assured that his movement supports the position of his brother, but he was emphatic in clarifying that Libertad es Pueblo has no links with the pro-government movement Alianza PAIS (AP).

On the other hand, members of Unidad Popular (UP), who also support the Yes, concentrated yesterday at Centenario Park, where they performed a “popular trial” against the former president Rafael Correa, who was symbolized as a man dressed as a prisoner and with the mask. With cries of “prisoner Correa, prisoner …”, the former president’s representation was taken to a jail, mounted in the back of a truck that ran through several downtown streets. (I)