An exhaustive investigation began after identifying irregularities in previous administrations within the Social Security Institute of the National Police (Isspol). Within these irregularities, actors were detected at three levels. 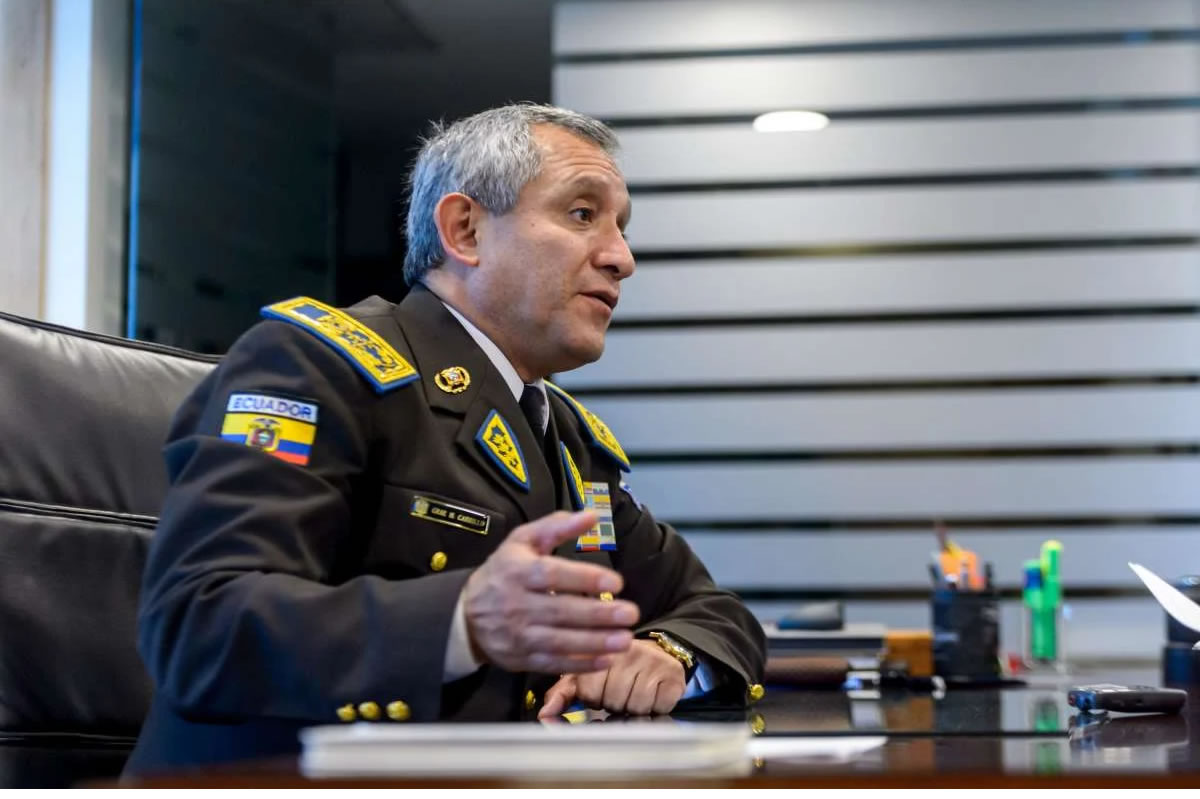 Patricio Carrillo, Commander General of the Police, explained what these irregularities that are part of millionaire scams are about and how they are working to recover the money.

Of all the irregularities detected, what is the damage for Isspol?
There is an amount of $ 327.3 million in an operation called Swap; there is another of $ 205 million from Repo operations of global bonds; there are other operations of repo operations of fiduciary rights that reach $ 72 million. But we cannot quantify it yet because many of these investments have no longer been renewed. What is committed in the investment portfolio is between $ 650 and $ 700 million.

What was the moment when it was decided to denounce the irregularities of the Isspol?
What we have denounced are transactions that account for more than 40% of Isspol’s investment portfolio.

This happens in two initial operations, both the Swap operation of $ 327.3 million and the Repo operation of global bonds for an amount of $ 205 million.

This is a serious alert that led us to seek more information to find out what was happening.
When we started to find out, we came across issues that were difficult to detect due to the careful way in which they carried out these operations so that the modality is not discovered.

What did they discover?
Among what we highlighted were some inconsistencies in the contracts. Audits were then requested. And the audit of the Superintendency of Banks detected weaknesses in several investments.

The operations that concern us are Swap, carried out in 2015 and which it instrumentalized at the end and January 2016. Isspol transferred internal bonds worth $ 327.3 million to a company by Jorge Chérrez, owner of the IBCorp company.

Supposedly we would receive flows that were going to come from this type of transaction. But in practice we find no benefit.

Now, we do not know who is the holder of our bonds, but we have some global deposit notes, which are supposedly in custody of Decevale.

What response have you had from Decevale?
When we asked for information to know what kind of guarantees we have for that investment, Decevale has given us many evasions and is now being intervened by the Superintendency of Companies.

Regarding this and other operations, we have wanted to do a reverse process to find some traceability that guides us, where or how we can find the benefit to those operations and we cannot find it.

What are they demanding of Decevale?
What we demand is that they inform us of the type of transaction and what the benefit is and that these bonds of the Ecuadorian state of internal debt, which belong to the Isspol, be returned.

What was learned from the meeting with the Decevale Comptroller that they held together with Minister María Paula Romo?
The Superintendency of Companies initiated the intervention and there is a reserved process in relation to what we have requested. Apparently we have no one else to turn to but the companies that this character represents (Chérrez).

But Decevale does not justify what he really has, only that he has some deposits, some records but in practice he does not know.

You mentioned that this scam was established on three levels, what are they?
Responsibilities were identified within and outside Isspol, as well as in private entities.
The first would have arisen between 2013 and 2016 where these acts were committed with intent in a planned manner, a situation that will be determined by the investigations.

In a second moment, one could speak of negligent actions within the institution, since there could be a “lack of supervision” in the responsibilities of the body of direction and control of the corporate governance of Isspol.

The third moment is that of transparency, when these irregularities are discovered through audits carried out by Isspol and other examinations by the Superintendency of Companies and the Comptroller’s Office.

Chérrez has stated that he wants to meet with Isspol authorities. What response do they have?
Mr. Chérrez can say anything. What he may have said has already led us to this conflict.
What we need is that of the face in Ecuador, that the contracts that he made and all the benefits that Isspol should have received are presented in Isspol and transparent.

We do not know where Chérrez is, we are providing information to the competent authorities to have the actions to locate him.

When we asked the subject where we can locate him, he replied that he is a subject of the world, that he is an international subject, that today he is in one place and the next day he is in another.

It is a rude response in relation to what he claims to defend because when he appears on social networks he says that he is a defender of the patrimony of the police officers.

You warned that within this scam there is organized crime …
We believe that there are a number of systematic, planned actions, articulated in different spaces and times that allowed these transactions that should have been regulated by the stock market system but were omitted.

That capacity does not have an ambitious one in Isspol; that power to decompose is not possessed by any single person in particular. This is done by an organization in a planned way.

And that concert is very similar to how the mafias act for illicit businesses and they have a criminal economy that gives them power.

The Minister of Government indicated that the funds of the pensioners are guaranteed…
In the regulation there is a mechanism that says that if the Isspol has an actuarial deficit, the State will cover the pensions for the uniformed, but what we need is that the actions be reversed made. (I)