Wesley Snipes in Jail Due Taxes 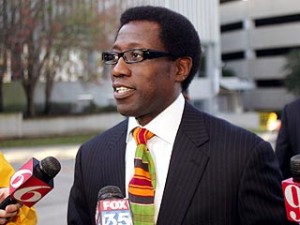 Actor Wesley Snipes received a sentence of three years which he would start today because of tax evasion of $2,7 millions. The performer will remain at the McKean Federal Correctional Institute in Lewis Run, northeast of Pennsylvania.

During his time in prison, Snipes wont have any privileges. He would be cleaning floors, the kitchen, doing the laundry, and some other labors.

According to the federal authorities, the 48-year-old actor didn’t present his tax declarations for a whole decade. The actor stated, “I am an idealist performer, naive, passionate, who searches for the truth, spiritually motivated, but without instruction on the laws of science and finance,” added Snipes.

Tuesday night Snipes said in the Larry King Live show that he wasn’t nervous for going to jail; he would be entering prison on Thursday afternoon.