Santiago Pozo Santiana went fishing on the morning of this Wednesday, April 22, almost a month after the fifteen-hour curfew began at the national level. 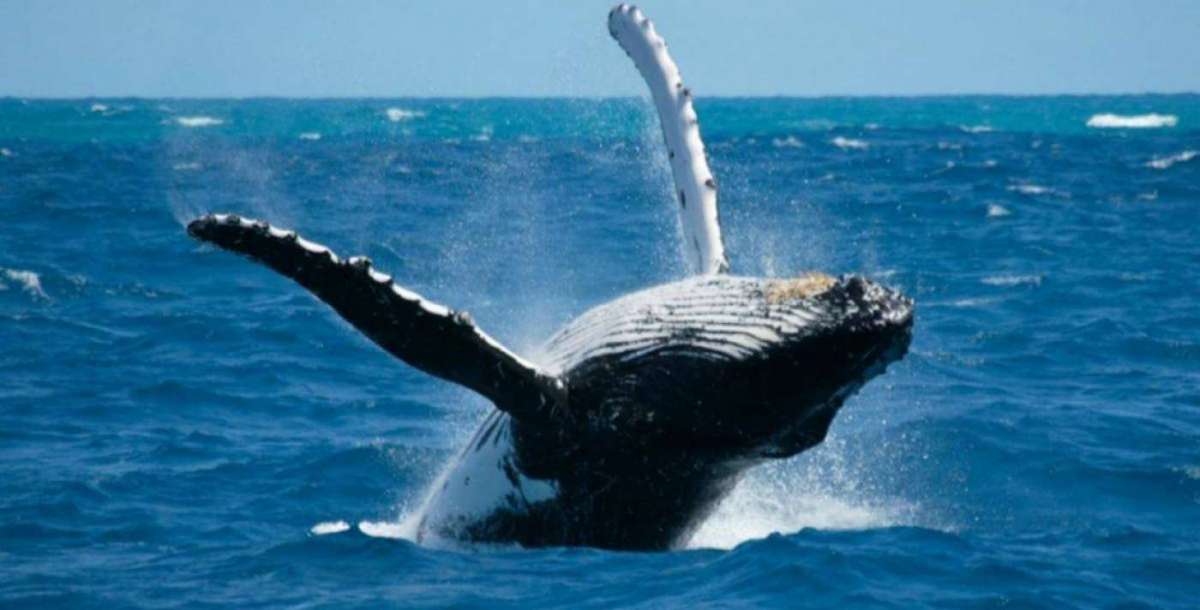 When he was about to return from his journey with his boat companions, almost at 10:30 am he saw on the shores of Ayangue what his grandfather and father – his ancestors fishermen – had already seen as a fortunate event: a whale shark .

“And if I get off, I hug him and put him in the boat,” his father jokes in the video, because doing so would be impossible.

The whale shark is the largest known fish and according to Australian researchers can live up to 100 years . It lives in tropical waters, like those of Ecuador, although its behavior has been little studied.

Santiago, unlike his father and grandfather, is dedicated to recreational diving, but since there are no tourists at this time, he goes fishing like a good part of the community, due to the impossibility of developing other activities for subsistence.

“Equally we all comply with the curfew , after 14:00 everyone is at home,” he says in a phone call.

Beatriz Almonacil , a Spanish biologist residing in Ballenita , says that it is quite possible to see a whale shark off the Ecuadorian coast.

“It is rare, but they are. I remember that on Isla de la Plata , a tourist told us that we had seen one in October of last year, in Ecuador there are also reports of killer whales , but it is fortunate to see them ”.

From his Whale Museum , for the moment with closed doors, Ben Haase , a Dutchman who is dedicated to the study of these mammals in Ecuador, says that it is incredible to see a whale shark . He has seen three in his life, “but I assure you that seeing a whale is even more impressive.”

In these weeks of absence of tourists and activity at sea , fishermen have recorded the close presence of cetaceans such as whales and dolphins on the coasts of Manta, Ayangue, Monteverde and Salinas . “I don’t think it’s anything special,” says Haase.

In Ecuador there are 6 registered species of whales . Humpbacks – which migrate through cold waters to reproduce – arrive between May and October, but according to Haase, from December to April there is a whale called “tropical” that is more or less common in the Pacific Ocean.

“Since the humpbacks are not there, they may be closer to the coast,” he explains.

In the case of dolphins, which do reside in tropical waters, he says that without knowing their species, it is not possible to obtain a hypothesis about their proximity to the shore.

” The presence of dolphins and cetaceans in general is mediated by the presence of others . They are not so afraid of the human being, but neither do they look for the coast to find him, there are factors that change the currents and the conditions of their environment ”, says Ben.

In other words, it is common for dolphins to approach the coast in search of food .

Santiago, who fifteen days ago saw a family of five dolphins 100 meters from the shore of Ayangue , says that these mammals eat smooth and that he has never seen a group so close to the place where the fishing boats are parked. “They were scampering their food,” says the diver.

“It may be that there are some changes, that the water is cleaner in these weeks , and thus fish that have never been seen appear, which indicates that nature tends to correct , to occupy a space in the ecosystem again, but perhaps it has taken very little time for this to be a trend, ”says the Dutchman better known as Benito.

What this scholar of aquatic mammals does believe is that this pandemic, without wanting to sound harsh, does seem to be a Darwinian selection of the strongest “and it hurts us, but we cannot do much.” (I)