More than a year has passed since the law was enacted and at least three provisions, including the use of plastics in protected areas, remain unfulfilled. 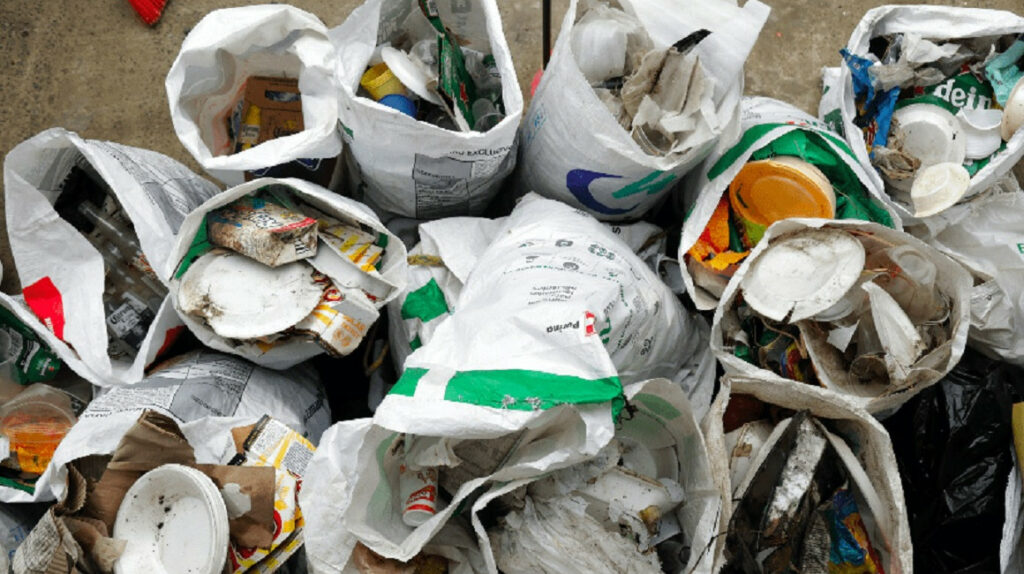 Single-use plastic waste and other types of garbage collected on a beach in Puerto López, in June 2022.

In the world, humans produce and consume so much plastic that they could fill a country the size of France and still need more space.

According to estimates by the United Nations World Wide Fund for Nature (WWF), 1.3 billion tons of plastic waste are generated each year. And this figure will increase to 2.2 billion tons by 2025.

Ecuador is not exempt from the phenomenon of plastic garbage. Data from the Ministry of the Environment estimated in 2019 that some 1,500 million covers were used annually in the country.

In general, these covers, called ‘t-shirt type’, are received in stores and supermarkets, and are used only once. Some are reused, and then ultimately end up in the regular trash and not in proper recycling depots.

To promote the reduction of plastic, the academy, social activists and the MAE conceived the Organic Law for the Rationalization, Reuse and Reduction of Single-Use Plastics, which was approved in December 2020.

According to Cecilia Torres, activist and member of Mingas por el Mar, the law aims to establish a framework to regulate the generation of plastic waste and its progressive reduction.

It questions the fact that “more than a year has elapsed since its enactment, several provisions should have been complied with or initiated.”

Article 9 of the Law prohibits the use of plastic bags and containers in the Protected Areas of the country after 12 months of entry into force of the law.

This includes beaches, islands, islets, riverbanks, lakes, lagoons, moors, protective forests and the 70 spaces that are part of the National System of Protected Areas (SNAP).

But as environmentalists denounce, these prohibitions are not complied with not only by those who administer the protected areas, but also by tourists.

“Many of the people bring their food in plastic containers or bottles hidden in their backpacks, and then they throw it away in the common trash can,” says environmental engineer Wilmer Sandoval.

Last year, Mingas por el Mar carried out 147 beach clean-up days in six provinces. And after the work, 10,281 kilograms of plastics were collected.

Of this total, 66% of waste belonged to tourist or domestic activities, showing that citizens do little or not comply with the law.

In addition, Mingas por el Mar found that only 21% of the collected waste was recyclable. The other 79% corresponded to single-use plastics , precisely the waste that the standard aims to reduce.

Prohibitions on orders for ‘delivery’

The law also prohibits the free delivery of single-use plastic tableware, utensils and other objects in restaurants.

The same measure applies to home or delivery orders. “These establishments must charge an amount not less than the unit cost of the single-use plastic item they provide to the consumer,” says Torres.

In addition, they must consult the customer if they want to receive these plastic items and pay for them.

The reality is different: when orders arrive, plastic cutlery appears in food purchases. And in mall food courts , these items continue to be delivered to the consumer.

Another important point of the approved law is that it provides that distributors or manufacturers label the negative impact of plastic components in their products.

In this group of products are wet towels, hygienic towels, balloons; disposable products such as lighters, and supplies for printers.

After doing a check on a supermarket shelf, none of the feminine hygiene products had the warning label.

Elon Musk’s Starlink system will work ‘in Ecuador in weeks’

They find 223 migrants crowded into a house in Mexico; 13 are Ecuadorian