The life of Wilson Santiago Olmedo has passed in the last eight years between Guayaquil, Quito, Naranjal, Esmeraldas and Imbabura. In these cities he has served as part of the National Police. 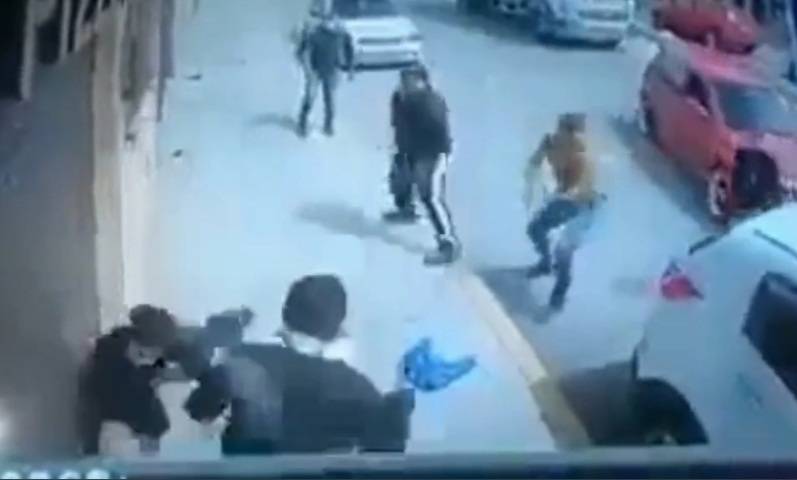 A fragment of the video that captured part of the incidents in June 2021 in Riobamba.

He did not work in Riobamba, but on the morning of June 11, 2021, something happened there that changed his daily work life. In that city, he began to face a process for killing two criminals who assaulted a minor, in the area of ​​the San Miguel de Tapi neighborhood.

This second corporal, 34 years old, was sentenced on Wednesday to three years and four months in prison and to pay $10,000 for each of the deceased in this case and a fine of 10 basic salaries $4,250. A Court of Criminal Guarantees of Chimborazo condemned him for excess in the execution of an act of service.

Olmedo, a native of Imbabura and father of two children, remembers that on that morning in June 2021 they only passed through Riobamba. They were in the Naranjal-Balao district, Guayas province, and on the way to Quito they had to act, together with other colleagues, in the face of a flagrant crime that they observed when crossing through the capital of Chimborazo.

They were dressed in civilian clothes, in a state car, but without the logo of the institution. At that time, they were in the service of the Dinased.

A camera in the area captured part of the event. In the images it is seen how a person walks along a sidewalk and in front of him a subject approach to rob him. They struggle for a few moments on the sidewalk. After a few minutes, some plainclothes policemen appear. The alleged thief identified as Henry Brayan CS, 21, runs and one of the agents is behind him.

The versions around the Santiago Olmedo case

The rest of the story is woven with versions of the parties. The version of the Prosecutor’s Office indicates that before the police presence, Henry Brayan CS fled in a hasty race towards José María Roura street, then in the direction of the intercantonal land terminal, he passed Diego de Robles Street until he reached Pedro León Donoso street. He was being followed by Olmedo and another agent more than 200 meters away.

Upon reaching the corner of Pedro León Donoso and José María Roura streets, Henry Brayan CS got on a motorcycle driven by Diego Fabián MS, who was the second deceased. The Prosecutor’s Office reports that at the scene, Olmedo “used his supplied weapon (200 meters away) and shot the occupants of the motorcycle more than a dozen times in the back.”

For the Prosecutor’s Office, the execution of an act of service was exceeded, “without observing or considering the progressive or rational use of force in the criteria of necessity and proportionality.”

“At that moment I was surprised that there is not a single criminal, but there are three who violently carry out simultaneous actions that endanger my life,” says Olmedo.

What actions were they? The corporal indicates that one of them lunged at him with a knife, another on the motorcycle made a gesture of bringing his hand to his waist as if trying to grab a weapon, and the third person was diagonal to them with a firearm. “Those three actions endanger my life,” he justifies having fired the shots.

Olmedo refutes the version of the Prosecutor’s Office that a dozen shots were fired in the back, 200 meters away. “I would have to be an expert shooter to shoot at 200 meters and make effective shots,” he questions.

For him, the sentence is not fair, since he considers that he acted according to the protocol and the situation. He is outraged.

Olmedo says that he chose this career because he perceived that it was a way to serve the public.

He has a degree in Educational Sciences because he considers that this activity has a lot to do with working for the well-being and training of children, adolescents and the community.

“But I was won over by the will to be able to serve the citizenry directly and operationally, for that reason I opted for service through the National Police,” says Olmedo, who wears a shackle as part of the measures.

Despite the judicial setback he has had and the expenses that this has meant, he says that he remains firm in his desire to continue serving in the police ranks. His defense has anticipated that he will appeal. (I)