What must Ecuador do to prosper in the 4.0 Era?

The 4.0 Era began some years ago with the explosion of smartphones or smart phones, which redefined the world, because these mobile tools opened up endless possibilities for growth and development of lifestyles and businesses. 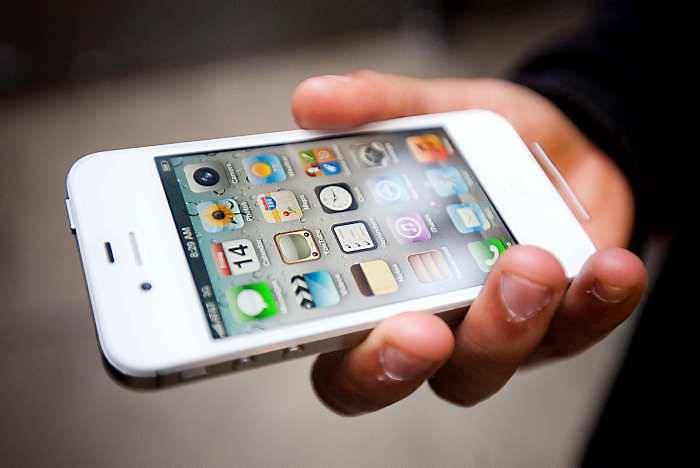 The 5G connection will allow a world of smart and interconnected cities, remote robot surgeries and immersion in the Internet of Things (IoT), that is, the digital interconnection of all our everyday objects.

For those who are not familiar with the term 4.0 Era, I will summarize its genesis: 1.0 Era or Internet 1.0 implied the internet as a tool with direct communication; 2.0 Era consisted of internet plus emails, 3.0 Era involved the above plus social networks; 4.0 Era is the sum of the previous plus smartphones, Blockchain, Smart Contracts, Artificial Intelligence, Internet of Things and cryptocurrencies.

In this dizzying, challenging, volatile and unstable scenario, like any new era, Ecuador apparently was caught off guard, without reaction, because, on the one hand, a large part of the political leadership does not understand or does not want to understand that we live in the 21st century and not in the XIX century, and, the business leadership still does not become aware of things, as well as society in general, because for many years they lived without major ups and downs.

The pandemic forced many companies to turn their face to things as basic in technological terms as teleconferencing or teleworking, options that in the rest of the world have been operating for several years with great success. Ecuador needs to reinvent itself; it cannot pretend to continue doing what it did just ten years ago and expect to be highly competitive, that is not possible.

The political leadership must understand that things must first be allowed to happen and then regulate them, on the contrary; In other words, it is not possible to even try to regulate something dynamic and changing such as applied technology, for revenue or tax purposes, since this attempt will be futile and could anchor the country to underdevelopment forever.

Our country must understand that in 4.0 Era, restrictions such as VAT and Income Tax withholdings cannot be set, because they are equivalent to putting vigilantes lying on a Formula 1 track; What has been said, moreover, is a clear attack on the freedom to undertake and is a profound manifestation of the state’s mistrust towards taxpayers, when it should be exactly the opposite.

Ecuador needs to train at least eight million people in digital business issues and new technologies, of which the remainder will remain that will be the one that activates the change. Let’s do the numbers: if every year 10,000 entrepreneurs who bill only $ 100,000 a year ($ 8,000 per month) are incorporated, we will generate an additional $ 1,000 million to GDP, if we double this annually, in five years we could obtain $ 15,000 million accumulated, direct to the vein of the economy.

And just to start …

The figures that are handled in the 4.0 Era are huge, therefore, our banking, legal and tax system must open their respective minds to understand that two or three billion dollars are a piece of cake, therefore, that companies handle that level of transactions or cash flow is absolutely normal and daily, or that companies that do not have physical offices generate thousands of remote jobs with billions of dollars in business is not unusual.

I wonder, is Ecuador ready for this? Obviously not. Today if more than $ 500,000 a month are transacted the alarms go off and all the control bodies fall on it, that is why visionary entrepreneurs migrate to societies prepared for this era, such as those in Europe or Asia.

In such virtue, to what extent are we ready? Or is it just a matter of paraphernalia?

I believe that Ecuador to compete and prosper in a 4.0 Era needs:

1.- Laws that promote the development of new technologies, includes Blockchain and digital assets.

2.- Tax rules similar to those of countries that have prospered with technology, that is, they are light, direct, not confusing.

3.- Stimulate digital transactions to the detriment of cash, since it has high costs, besides that it is not friendly with the environment and finally it is an open door for corruption, crimes and violence.

4.- Train millions of Ecuadorians in the new business realities.

5.- Encourage enterprises with an applied technology base, create free zones or development hubs; Universities could get involved and contribute their physical infrastructure as a corporate part, and of course, participate in their profits. Municipalities can also get involved in this.

6.- Promote smart cities, which include their respective cryptocurrencies.

7.- Strengthen the telework culture, where applicable, avoiding unnecessary transfer to physical centers at least two or three days a week, this will avoid the consumption of fossil fuels and therefore pollution; In addition, accidents and traffic jams will be avoided.

8.- Reorganize the academic repertoire of schools where the teaching of technological topics such as programming and developments that escalate in complexity is emphasized, where the desire to undertake and have autonomy is also stimulated.

9.- Implement Artificial Intelligence in public procurement processes, which will cut off any attempt at corruption, and which will eliminate the burden of the fiscal deficit in a maximum of two years.

10.- Activate e-Government or Electronic Government, where 99% of bureaucratic procedures are solved online.

11.- Encourage the creation of private investment funds, either from banks or companies to invest in FinTech, InsuranceTech, LegalTech, Blockchain and other ventures that involve high risks, but also great profit opportunities, especially scalable globally.

The change to the new digital era depends more on political decisions than on technology, everything depends on the impact that leadership wants to cause; We must not forget that Estonia, a former Soviet republic that ended up bankrupt after the fall of the communist system, in 1990 had its GDP per capita lower than that of Ecuador at that time, today it is five times higher! Because they focused on developing technologies.

The new wealth of nations is in the generation of value, not in the exploitation of natural resources or the export of raw materials, which are essentially important, but insufficient to achieve development and well-being.

Only technology produces huge amounts of value, hence the room for maneuver that will lead us to development. If the Estonians could, surely we too. (OR)

10 little-known places in Ecuador to visit this October holiday