Pedro Pablo Duart Segale is a Guayaquil politician. In August 2022, Duart announced that he would be a candidate for mayor of Guayaquil in the 2023 elections for SUMA, a party founded by Mauricio Rodas and Guillermo Celi in 2012. His candidacy was registered with the National Electoral Council (CNE) on September 13. from 2022. 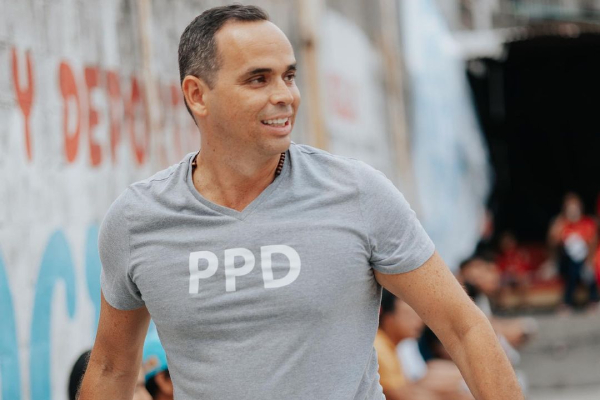 Duart was governor of Guayas between 2019 and 2020, in the government of then President Lenín Moreno and during the first months of the covid-19 pandemic that seriously affected the coastal province.

About his academic and professional life

Duart is the son of a Spanish father and an Ecuadorian mother. He studied primary school at the Escuela Letras y Vida and secondary school at the Colegio Internacional SEK, both in Guayaquil.

Duart has a bachelor’s degree in business administration. He has a master’s degree in political and institutional communication and another in foreign trade, both of which were done in Spain.

In addition, his LinkedIn says that he is a specialist in political and institutional communication, design and planning of electoral campaigns, marketing, foreign trade, business administration, public relations and sales.

Between 2008 and 2012, Duart worked as coordinator of the commercial office of the Embassy of Ecuador in Spain. His LinkedIn profile says that in July 2011 he co-founded a restaurant called Paralelo Cero in Madrid that he was involved with until September 2012.

Before becoming governor, he held various positions in the public sector. Between December 2014 and April 2017 he was deputy director of the Department of Social Action and Education of the Municipality of Guayaquil. And between April 2017 and May 2019 he was director of that same municipal entity, until he assumed the governorship of Guayas.

The government of Guayas

Pedro Pablo Duart was Governor of Guayas between August 2019 and July 2020, in the government of then President Lenín Moreno.

One of the most memorable moments of those 11 months in office was when he authorized a soccer game to be played with the public, days after the first case of covid-19 was confirmed in Guayaquil.

On March 2, 2020, Duart posted a message on his Twitter account in which he said that the Barcelona match against Independiente del Valle on March 4 of that year would be played with the public following the recommendations of the Ministry of Public Health, which at that time they still did not include the mandatory use of masks. Duart said that activities should be resumed acting responsibly and that “fear should not win us over.”

“The most dangerous virus is fear, “Duart said in the Twitter post. More than 19 thousand people went to that soccer game on March 4, 2020.

Just two weeks later, the pandemic began to grow at an accelerated rate in Guayaquil, causing the death of more than 15,000 people until the end of April 2020 in the first and deadliest wave of covid-19 in Latin America.

In addition, the level of excess deaths caused a total collapse of the health and funeral systems of Guayaquil in which more than one hundred bodies of the deceased disappeared.

In April 2020, Duart filed a complaint to investigate an alleged failure to handle corpses in the context of the pandemic in some public hospitals in Guayaquil. That would have contributed to some of the bodies disappearing. The Prosecutor’s Office opened an investigation into the case. However, more than two years later, dozens of people are still looking for the bodies of their relatives who still have not been found.

After criticism for authorizing the soccer game, Duart said that the sporting event was authorized by the Ministry of Public Health and that at that time the health emergency had not yet been declared in Ecuador.

In the first months of the covid-19 pandemic in Ecuador, Duart was in charge of coordinating inter-institutional actions on security issues. In addition, he installed hospitals in one of the main parks in Guayaquil and was part of the team in charge of collecting some of the bodies of those who died in the city at that time.

He frequently appeared in photographs delivering food or medical supplies with Otto Sonnenholzner, then Ecuador’s vice president and with whom Duart has been friends for years.

Duart was in the governorate of Guayas until July 2020. That day, Duart published a video in which he announced that he had submitted his irrevocable resignation.

In the video , Duart also thanked President Moreno for his support and trust. In the video, Duart said that he fulfilled the objectives that he set for himself when accepting the position. One of which, according to him, was to “recover the honor that the position of Governor deserves” and the institution.