Why does the price of premium gasoline skyrocket in Ecuador?

What relationship do the war in Ukraine and the pandemic have with the fact that a gallon of premium gasoline costs more than USD 5 at service stations in Ecuador ? All three events are linked to each other and, in addition, are the cause of inflation. 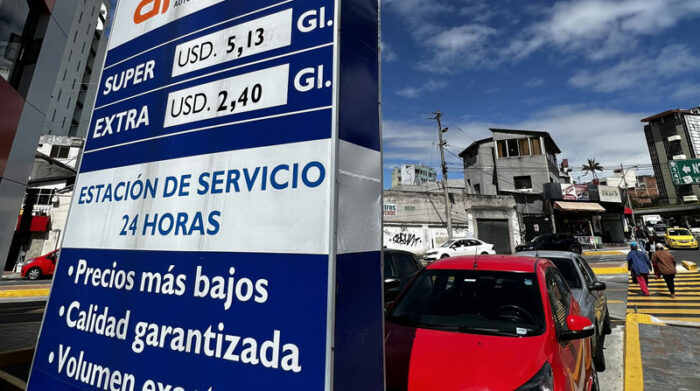 The price of premium gasoline increased and exceeded USD 5.20 in Ecuador. External factors affect the prices of raw materials worldwide.

When the world was confined by the pandemic , at the beginning of 2020, the demand for fuels and for most items fell. Locked up at home, in forced quarantine , people stopped demanding gasoline to get around and other types of items.

This caused the price of oil and fuel to be reduced by a simple Law of supply and demand. As there were fewer fuel purchases, its price fell . But, as restrictions were eased, consumption soared.

The demand for fuel grew, purchases accelerated and trade developed in such a way that the world’s existence of containers and ships to transport goods and food was not enough.

Prices rose and inflation began to register , which is the sustained increase in the value of things . This phenomenon is the reason why the price of bread , for example, rises every month or every week.

The Food and Agriculture Organization of the United Nations (FAO) monitors the prices of food products traded worldwide. This monthly price index registered an increase of 12.6% between February and March, reaching the highest level since its creation in 1990.

In February 2022, Russia invaded Ukraine . This fact caused an increase in the prices of raw materials , which were already soaring. Europe ‘s fear of getting Russian oil and gas drove demand up, but supply became tight due to port restrictions and the container crisis .

The price of a barrel of oil began to rise steadily and went above USD 100, something that had not happened in many years. With that figure in the air, the value of gasoline rose, creating additional pressure for inflation .

According to the International Monetary Fund (IMF), energy and food contributed to the growth of inflation. “The rising level of food prices also had a very significant influence on most emerging market and developing economies,” he noted.

The agency thought that demand would drop this year, but its new forecasts are not very encouraging. “New lockdowns in China , the war in Ukraine and sanctions on Russia are likely to prolong disruptions in some sectors well into next year. “

Ecuador enjoys high oil prices , it is true. But this bonanza also causes fuel prices to rise . This is why the gallon of premium gasoline has been above USD 5 since July 12.

The country is a producer and exporter of crude oil, but an importer of derivatives, such as gasoline and oils . Freight rates rise at the domestic level due to the price of gasoline , oil and tires. Traders pass that price on to the consumer , causing inflation to rise.

Road closures due to the national strike caused food prices to rise. The bucket of 30 eggs , for example, cost USD 10 due to food shortages , as a result of the stoppages. In recent days it returned to its original price above USD 3.

Ecuador ‘s inflation in June was 0.65% , according to official data. So far this year, the accumulated figure is 2.9%, which is why items that had a price in January are now more expensive.

Finally, if the inflation data for June 2022 is compared with the same month last year, it is 4.23%.

If the case of inflation is worrying, there is another fact that hits the economy. The one with the subsidies . As international fuel prices rise, the money allocated to subsidies is greater , which has an impact on the State budget , which must seek resources to cover that amount.

According to calculations by the Ministry of Finance , the fuel subsidy will reach USD 3,158 million in 2022. This amount includes extra gasoline, ecopaís, diesel and gas for domestic use.

This is why the Government and Conaie are studying a plan to target subsidies in order to minimize the impact on the most vulnerable households. In addition, it delays the Executive’s initiative to launch a new gasoline on the market.