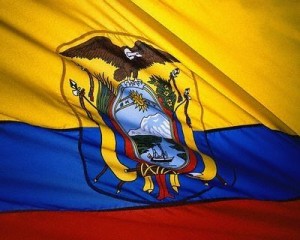 On June 2008 President Rafael Correa decided to implement in Ecuador a policy to suppress the  foreigners visa for those who come into the country. The reports generated concern in the Embassy of the United States in Quito to the Department of State in Washington. The Spanish daily “El País” made the report since it had access to the Wikileaks cables.

According to the document, from July 21, 2008, in the American Embassy in Quito named as a classified folder, Linda Jewel, the current Ambassador, expressed her concern to President Correa due to the measure of not asking any visa to any nationality, saying the measure would affect the United States.

Panama, Colombia, and El Salvador also complained that Ecuador refused to accept the detained that did not have any documents on their territory.

The massive arrival of Chinese immigrants forced Correa to make the first review on his policy and demands the Asian citizens to have visas.

Afterwards on this year, the Ecuadorian regime established the requisite for Visa to citizens from the nine countries of Africa and Asia. The objective is to evade the illegal traffic of people.

Marcel Salamin, former Security Council of  President Martin Torrijos, visited  ambassador Barbara Stephenson in San Jose to ask to United States to protest against the Visa policy in Ecuador. Salamin said about Correa “his consumption cough contaminates the rest of us,” according to the newspaper “El País.”