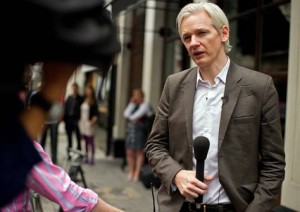 Julian Assange, founder of the WikiLeaks site promised that the revelation of information regarding diplomatic communications of the United States would speed up.

Assange made these statements when he spoke to the press in front of the Belmarsh Magistrates Court in London. The WikiLeaks founder defended his extradition case against Sweden.

WikiLeaks caused a worldwide scandal when it published hundreds of classified documents of the U.S. diplomats. However, due to the recent events the site slowed the pace of the publications. Assange said “we are accelerating the process of our publications on issues related with Cablegate and other materials,” such news would appear on the most important newspapers of the world, such as, The New York Times, The Guardian, Der Spiegel, Le Monde, and El País.

The WikiLeaks founder is under a curfew after being arrested last month for rape charges. Assange and his lawyers says that these accusations are false and it is all a political chase. Assange would present in court on February 7, he also added that if he is extradited to the United States he could be executed.