Starting next year, the La Española group will have a new meat processing plant that will considerably increase its production capacity. 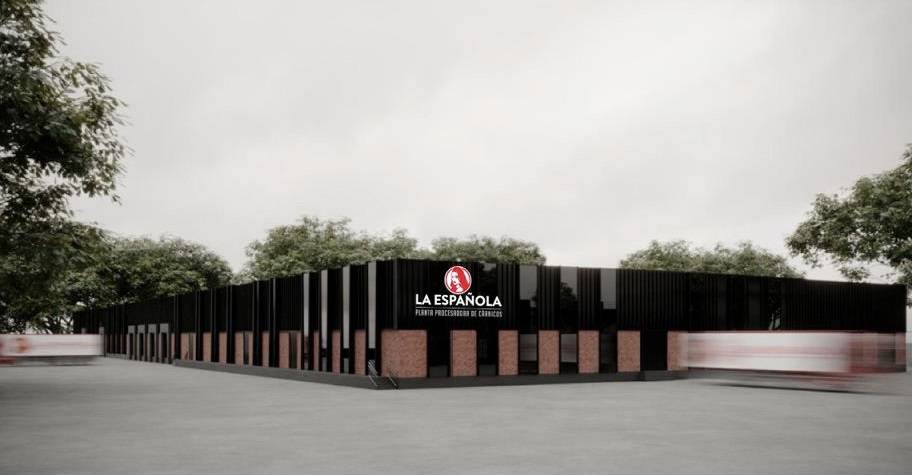 Design of the new meat processing plant in La Española.

The project has been under construction since the beginning of this year and the company expects it to be ready in January 2022.

It will be a type 1 plant with European technology, which has a total area of ​​24,500 m2 and 8,600 m2 of construction. It rises in the sector of the Duran-Yaguachi road.

The meat processing plant requires an investment of approximately $ 8.5 million. 70% of the machinery and equipment of the new plant is already part of the assets, so that investment is not greater.

“It is a new plant that replaces two current operating plants, with this processor we managed to increase our current capacity by 240%,” says Juan Francisco Tabares, director of Operations of the La Española group.

La Española is a firm that manages its brand of sausages, meat and meat supermarkets. Its stores are in Alborada, avenida de las Américas, Samborondón and La Joya, a development sector in which it began to compete a few months ago. In that supermarket, which opened at the end of last year, he allocated approximately $ 5 million.

Precisely, the new plant will supply the Retail Business Unit that serves the operating supermarkets and the stores that are being opened according to the expansion plan that the group has in the medium and long term.

Additionally, the distribution of the Industrial Business Unit will also be covered, which serves the traditional channel, food service and wholesalers. Tabares says that they are channels where they are growing significantly in market share with their La Española sausage brand.

The category of meat supermarkets has been expanding in recent years, with formats that have gone to new neighborhoods in Guayaquil. In this branch, Corporación Fernández, Del Portal compete.

Tabares indicated that with the operation of the new meat plant, the payroll between administrative and operational personnel will increase. (I)