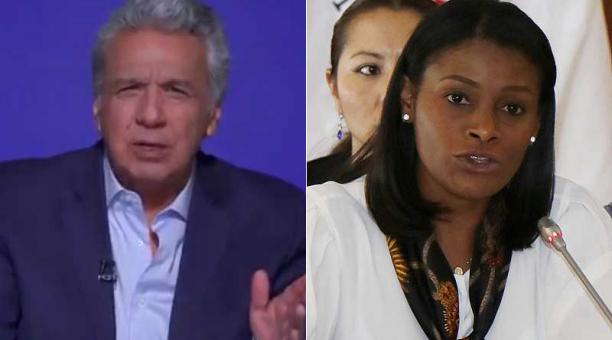 Without the Anti-Corruption Secretariat there is a million savings

Due to the health emergency due to covid-19, those resources were redirected to the ministries facing the pandemic.

The Anti-Corruption Secretariat was created on February 6, 2019, as an entity attached to the Presidency . The presidential resolution established that one of its functions was to generate public policies to facilitate the reporting of corruption.

The questions about his existence is accentuated in health emergency when corruption investigated . On May 7, it became known about a letter issued by the prosecutor Diana Salazar , in which her role is questioned.

In that document it was pointed out that “investigative activities have been affected on several occasions by the information or requests made by the Anti-Corruption Secretariat to the different prosecutors in charge of the investigations, as well as by the information published on social networks. “

Germán Rodas, coordinator of the National Anti-Corruption Commission , a civil society entity, said that the Secretariat did not fulfill its purpose. He commented that, for example, the coordinating Commission had already alerted in July 2019 of ” overpricing in the public health structure”.

One of the pending tasks of this Secretariat is the start of the work of the International Commission to Fight Anti-Corruption announced in May 2019.

Last February, the still anti-corruption secretary, José de la Gasca , said that it was scheduled to start operating later that month. However, this does not happen.

Juan Sebastián Roldán , Cabinet secretary, told this newspaper yesterday, May 21, that the Decree for the closure of the Secretariat was still being drafted. He explained that this resolution would establish who would be in charge of managing the International Anti-Corruption Commission.

In the Assembly , legislators from the ruling party and the opposition agree that there is no lack of laws but the will of all authorities to fight corruption in the country.

A draft of nine articles by President Moreno was distributed to the members of the Justice Commission this morning , which was presented on March 5 and aims to reform the COIP again .

The text addresses crimes such as obstruction of justice, offering to carry influence peddling and acts of corruption in the private sector.

In that same commission , a proposal from the ex-Anticorruption Secretary, Iván Granda, is processed to create judges and prosecutors in this matter. The project was delivered last September and has no report of the first debate.

Elizabeth Cabezas (AP) pointed out that another pending is the Domain Extinction Law , which she presented more than a year ago. This is processed in the Citizen Participation Commission, which must deliver a report for the second debate.

Five months have passed since the last reforms to the COIP were published in the Official Gazette. There were incorporated some proposals of the Law for the protection of the complainant, which was also presented by the Executive Power.