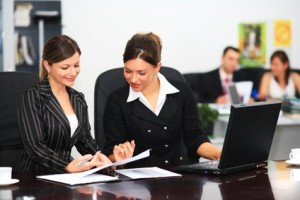 Only 3% of the surveyed local and multinational companies in Ecuador show that among their staff, around 30 women hold strategic positions, according to the prestigious international consultancy Deloitte.

The women that have conquered these positions have let others feel their heels when they demonstrate their achievements. An example is Maria Jose Flores, commercial manager of Candy Planet, an importer of novelty candies that bring whistles or trading cards.

Another example is Diana Landucci, from Guayaquil, age 39. She is the first Ecuadorian woman in integrating the international executive staff of the company “Tesalia Springs”, whose strategic partner is “Corporación de Bebidas Continentales y del Caribe (CBC)”.

While the heels of these executives are still standing strong, the United Nations aims to achieve gender equality in 2030. The goal is to end discrimination and gender violence.

There is progress in countries such as Ecuador, Mexico, Bolivia, and Nicaragua; these nations are among the 10 countries with the highest participation of women in politics. There, they also make their heels clap. (I)