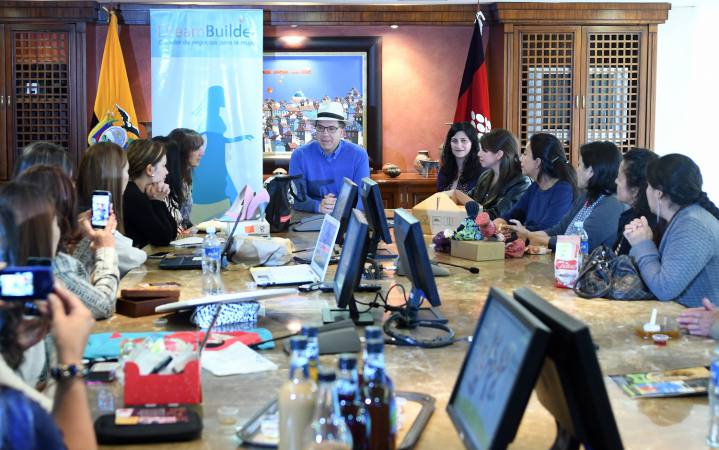 Designers, seamstresses, artists, entrepreneurs of tourism projects, health professionals, and owners of ice cream parlors from Quito are part of the 24 entrepreneurs in the Dream Builder program, that tries to design and improve their business plan.

The first part of this program promoted by the Embassy of the United States in Ecuador concluded a few weeks ago in Guayaquil with 30 entrepreneurs.

The program began in Quito in September and will last three months. Every 15 days the entrepreneurs meet to receive training. They also have talks with experts in marketing, finance, sales, promotion in social networks and aspects of the business climate.

This Saturday, the US ambassador Todd Chapman attended one of these meetings. He said that his Embassy has focused on supporting enterprises and hopes to implement this program in all the major cities of Ecuador.

Entrepreneurship, he added, is fundamental for an economy to grow, since it generates wealth and economic growth in a society. (I)