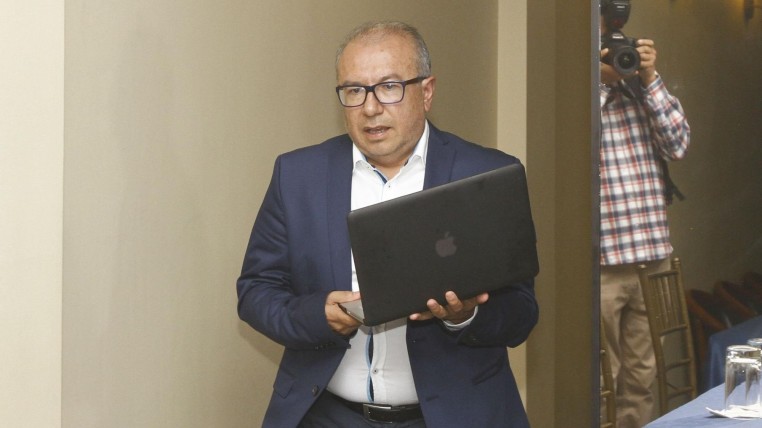 The complaint refers to gender violence. Gloria Ordonez pointed out to Orlando Perez, director of the Daily El Telegrafo, for an alleged physical and psychological aggression that occurred on December 5 in Guayaquil.
The case was aired – with photos and videos recorded by the protagonists – in social networks. According to Perez, this is a “private matter.”
A group of lawyers, however, reminded him that domestic violence is a crime of public action, among other things because, indirectly, it affects the whole society. And for this reason, at least two women’s groups will monitor the investigation of the case.
We for Democracy repudiated “the violent attitude” attributed to Perez. They demanded the maximum penal sanction and his dismissal. The group sympathized with the complainant and offered their support during the judicial process.

The Women’s Rights group of the Assembly pledged to “carry out the relevant control actions during the process.” And they sympathized with Ordonez. “Violence must be rejected, no matter where it comes from,” said PAIS Assemblywoman Soledad Buendía. “He would be expected to step aside while the investigation lasts,” said Liliana Guzman, also from the ranks of the ruling party.

During a hearing in which the defendant did not answer questions, did not mention that possibility. He told his version of the incident and acknowledged that the 24-year-old was at his house. He said he held “casual encounters” with her; Ordonez said he was her lover. According to Perez, he recorded the whole incident and that “will be exposed as evidence before the court.” He said he regrets “having said blunt words.” He made no allusion to the alleged physical assault.
According to Ordoñez, he grabbed her hair and dragged her around the room; He tried to force her out of the department and pushed her against a kitchen counter.