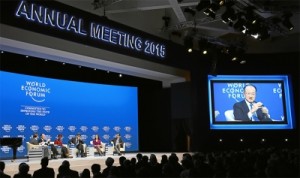 The 45th edition of the World Economic Forum of Davos concluded on Saturday January 24 with an eye towards the outcome of the elections in Greece and in the transition that is being opened in Arabia Saudi after the death of King Abdullah, home of the fifth part of the global oil reserves.

The falling price of crude below $ 50 per barrel was also one of the central issues addressed by executives at the annual meeting in Davos, designed to produce solutions to the world’s problems and anticipate where it’s headed.

The situation in the Eurozone, the effect it will have throughout this year, the debt purchase program launched by the European Central Bank (ECB) and the consequences for the EU would likely election victory this Sunday in Greece, according to polls, the leftist Syriza, stirred up much of the attention.