QUITO, Ecuador. The Migration Worldwide Social Forum finished last night after Quito gave its statement; population resettlement due to weather change in native and rural communities was one of the main topics discussed. 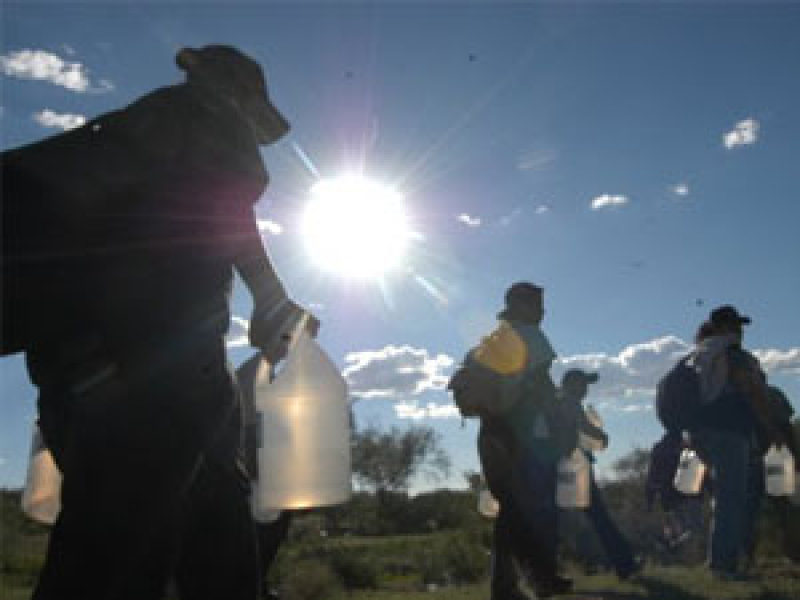 Approximately 50 million people have been forced to migrate due to weather changes, they contribute to the 200 million immigrant list, according to the World Migration Organization this is the worst migratory crisis in humanity has faced.

Agriculture and Via Campesino world movement activist) said 70% of the population support their lifestyles by working in agriculture but they decide to immigrate because “the ground is tainted, there’s no water or resources that help countrymen in the land cultivation,” he said. “When Belgium wanted to build a train in Congo Democratic Republic, they brought Africans from Mali, Chad, Zimbabue; it was normal, they said Africans where like brothers. Now this option is not even taken into consideration, Africans are expelled from their countries,” he added.

Brazilian philosopher Ivo Poletto – he worked in the Hambre Zero (Zero Hunger) program – affirms the recent migrations have been caused by weather changes. “Drought, water contamination and soil damaging provoke country women relocate to cities looking to survive,” he remarked. He has a sui generis proposal for this situation “If villages are affected by destructive floods or droughts caused by global warming; we have to support these people’s rights to migrate and allow them to live in the territory of countries that have caused weather changes.

Alberto Acosta, Ecuador’s National Assembly ex-President, thinks migration rights should be guaranteed; villagers should be able to live in their own territories. “We can’t migrate because global warming is upon us, we have to make sure our territories have the necessary conditions for a good lifestyle,” he said.

The Social Organizations from different continents that participated in this world summit analyzed the impacts and perspectives of the global migration situation over the weekend; they announced there would be a march today, from El Arbolito Park to the Presidency, where Rafael Correa will receive them.

No Official Statement from the Ecuadorian Assembly

There will be an Extension for Holidays