“Xscape” by Michael Jackson will be released 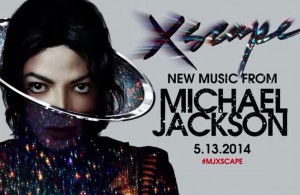 Michael Jackson returns next week to the forefront of the music scene with “Xscape” the second posthumous album since his death in 2009, better than the previous received by critics.

The album will be available on May 12 in France and 13 in the U.S., has been named “Xscape” the name of one of the titles contained on the disc.

For the record “Xscape” L.A. Reid, head of Epic (a subsidiary of Sony), searched the songs in 40 years of files from Jackson and retained only those entirely sung by the “King of Pop”.

The eight titles of “Xscape” are unpublished to the extent not listed in any commercial album, but six of them have already circulated on the Internet.