President Lenin Moreno visited today one of the emblematic projects of the last ten years: the City of Knowledge.

Augusto Barrera, head of the National Secretariat for Higher Education, Science and Technology (Senescyt), will give the President a detailed report on the real situation of Yachay Tech, the university created to become a benchmark for national scientific development. As with the Esmeraldas refinery, the President found a problem-studded state work.

Yesterday, Barrera held meetings with the president of Yachay Tech Carlos Castillo Chavez to finish the report that will be delivered today to the Head of State.

This education project is not easy to decipher, from the legal, operational and organizational point of view. In fact, the university itself should not be confused – Yachay Tech – and the public company Yachay EP, in charge of providing infrastructure to the academic center, among other tasks.

Many times, this has confused public opinion, Yachay Tech is not the same as Yachay EP. The public company, moreover, had to raise the City of Knowledge, where companies, start-ups, and state institutions would be settled.

1,010 students study there; there are only twelve classrooms and four laboratories. Abuse was also detected in the form of payment agreements and redesign of studies. During the transition, it was reported that the private company had invested $ 55 million, but the current authorities have only accounted for $ 2.8 million.

The document to be presented to the President indicates that Red Tech Niktesla Corp Cia Ltda’s $ 3 billion investment “does not exist.” There is a low land use; 52% of the useful areas are unused. As there is no infrastructure, no basic services, no roads, the industrial park does not exist, so private investments, one of the main elements of the project could not materialize. (I) 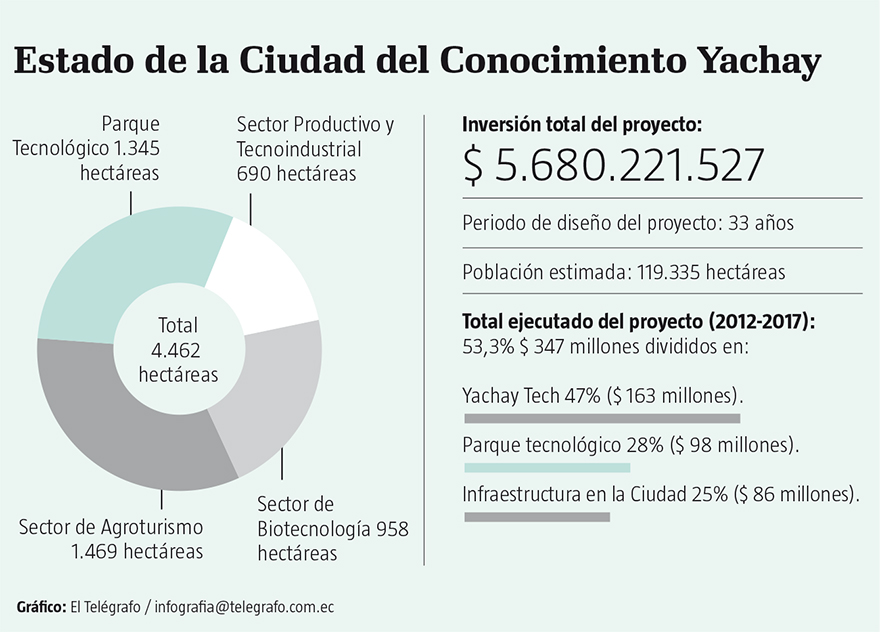 Ecuador seeks extension of the US General System of Preferences