At birth he was registered as Carlos Ranulfo Pérez Guartambel. But due to his political activism and identification with the indigenous cause, in 2017 he replaced those names with Yaku Sacha (‘mountain water’, in Quechua). He has been an anti-mining activist, prefect of Azuay, and an indigenous leader. In an interview with this newspaper, carried out by Zoom – due to the fact that for a month his press team could not schedule a personal appointment for dialogue or taking pictures – he assured that his proposal is not that of the traditional Marxist left, but the one who could sit in search of consensus. 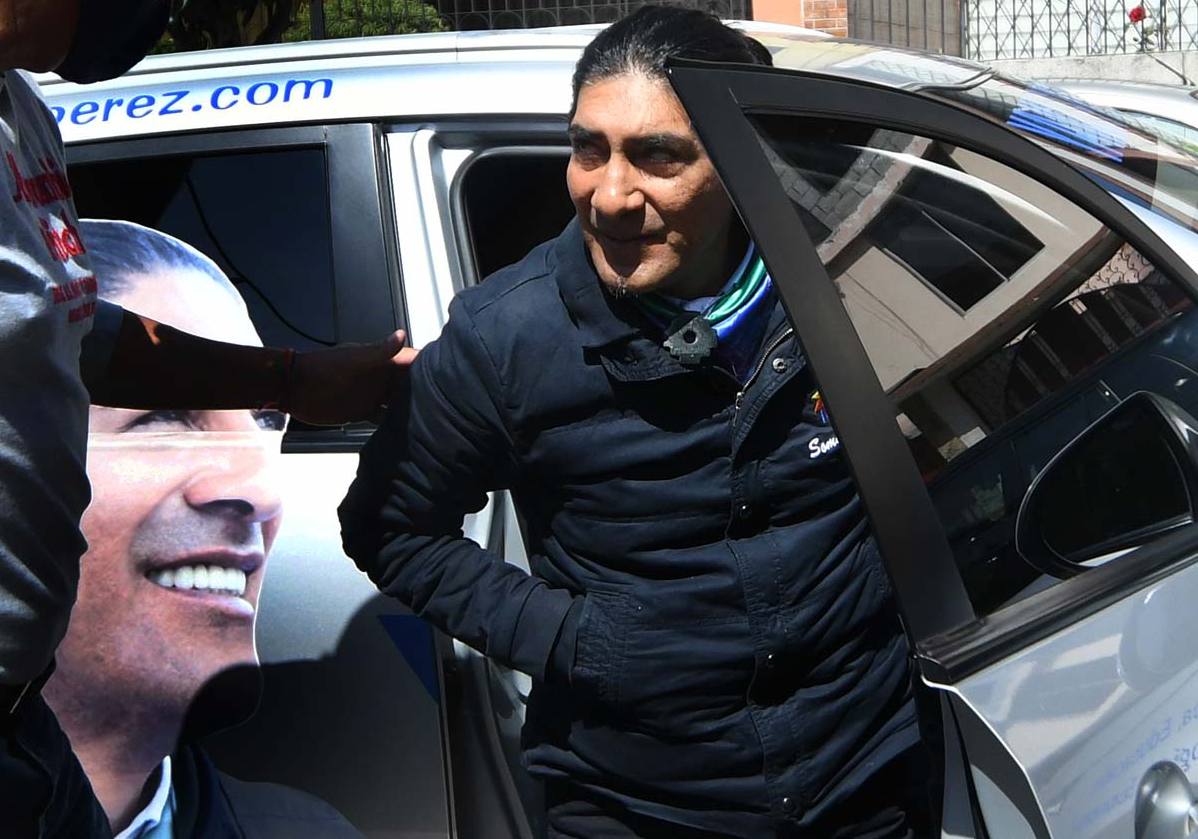 Yaku Pérez: A trade agreement with the United States is not unreasonable

Why your name change?
I did it emulating Pachacútec. His name was Cusi Yupanqui, the initiator of the Inca empire. Also emulating José Gabriel Condorcanqui, who changed to Túpac Amaru. Or Nina Pacari and others.

Within the indigenous movement there are those who do not see it that way.
I am an indigenous Quechua Cañari, with pride. The surname Pérez belonged to a landowner and my father died. My mother, Rosa Inés Guartambel Guiñansaca, in a skirt, braid, and a hat, has the surnames Cañaris.

Those accusations, then, do they seek to discredit him?
It is ironic. In Cuenca, when the water struggles began and they imprisoned me, they told me that I was a rebellious Indian. Others, that I am not indigenous. I am very calm, my genes are Quichua Cañari.

Faced with the resistance of a part of the leadership, akin to correísmo, will the indigenous vote win?
That is over. The bases are consolidated. There will always be some dissonant voice and that is normal. I am respectful of a small faction, very small, by the way, that supports the Citizen Revolution, but that will have no weight.

What would you have done as president in October 2019?
Simple: dialogue. Not just listening, but listening and reaching agreements. We had asked for this on the third day and the Government did not pay attention, the aggression came to Quito, the ten murders of our brothers. He waited eleven days and that was his biggest mistake.

If he comes to power, will he investigate the government for the dead?
No. We do not act with vengeance or persecution.

In his work proposal he proposes austerity and reduction of the State. The same as the Monetary Fund (IMF)?
Austerity, yes. In the Prefecture, we saved $ 10 million and with that we financed 145 irrigation systems, more than a dozen roads and care in the pandemic. (The civil servants) cut our salary in half, we transport ourselves by bicycle … But about the reduction of the State I think there is a misinterpretation: we are going to eliminate sterile institutions, such as the Participation Council, the Judiciary, the Electoral Contentious Tribunal , several undersecretaries, as well as lowering the number of assembly members by half.

Which implies dismissals … People will
be compensated with just enough or, failing that, will go to other agencies.

Dollar or own currency?
Dollar. No other currency. Not even electronics.

Does your call for consensus include the banks, businessmen, the political right?
Times have changed. We are not from the sectarian, orthodox, dogmatic left, which believes it has the absolute truth. Nor am I a supporter of the Guevarist focus or of the dictatorship of the proletariat. I am a supporter of peaceful resistance. And from there we must now move on to the pedagogy of hope. One has to listen. We are going to need honest businessmen and the financial system. The only thing we are going to tell you is to pay the taxes.

You are radical against extractivism. Should mining and oil companies go?
It is not that we have any animosity against extractivist companies, but what they have done is questionable. They have divided families, stripped the community of their territories, poisoned the water, created corruption, polluted the environment, criminalized … That is why our peaceful resistance.

And the signed contracts?
The oil fields will continue to meet rigorous social and environmental standards. The idea is that the oil border should not be expanded, unless the communities, with prior consent, allow it. For mining, we will convene a popular consultation so that the people can decide whether or not they agree with Ecuador being declared a territory free of metal mining in water sources, river heads and wetlands, in paramos. Contracts already in operation, such as Fruta del Norte and Mirador, must also meet the standards. For that there are legal tools. If they do not comply, we can suspend them and even extinguish them.

When he said that water could be exported there was ridicule. Is your message about natural resources, especially water, not understood?
It is probable. Sometimes the population is so busy figuring out how to carry their daily bread that they don’t read, they don’t look further. In 2050 we will be 10 billion inhabitants in the world, of which 7 billion will be thirsty and hungry. (Scientist) Stephen Hawking said that in less than a thousand years we are going to be engulfed in flames by global warming. But he was very conservative. In less than 60 years the planet will be unlivable. It does not matter if by saying this I lose support, but I cannot stop expressing my concern for the planet, for life.

Who are in your closest circle?
The main ones: Bruno Segovia, Cecilia Velasque and others who could be eventual ministers, such as Jaime Breilh, Gustavo Vega, Esperanza Martínez and Martha Roldós. Also Manuela Picq.

How is your electoral campaign financed?
I took out a credit of $ 20,000, which is running out right now. In addition, there are the contributions of the fellow leaders of the provinces, who help us to stay and feed us.

Who has been the best president in the country?
Eloy Alfaro. (I)

Six reasons why the Ecuadorian banana sector is growing