Yasuní ITT will Go to Referendum 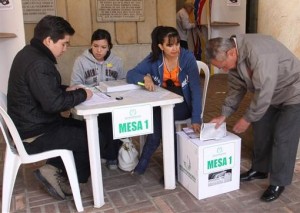 Rafael Correa said on Saturday that he will send to referendum the possibility of exploiting Yasuní-ITT in the case of non financial agremment from the international community to keep the oil underground.

The $7,000 million that should be gained By exploting yasuni itt would be used for environmental care, education, health and infrastructure, said Correa.

“I hope that we receive a resounding yes given by our population, as always in order to continue governing.”

Yasuni-ITT was nominated by Unesco “World Biosphere Reserve” for its rich biodiversity; the National Park has been identified as the most biodiverse on the planet, in a single hectare of the park, there are more species of trees and shrubs than in the United States and Canada together.

The initiative seeks to prevent the exploitation of oil in the area; in exchange other countries must give part of the money that Ecuador would gain by exploiting the area.

So far only Chile and Italy have contributed; however it is not set yet a deadline for the collection, but at June 2011the proposal will be evaluated.

On the other hand, the president also announced in his Saturday speech the themes that will be treated in the referendum, among them: Environment, public sector, banking, and media.