Last Friday the YASunidos environmentalist group accused the National Electoral Council (CNE for its Spanish acronym) of allegedly having committed fraud and having altered forms during the signature verification process, which aimed to achieve a referendum to preserve the oil within the Yasuni National Park.

Pedro Bermeo, a spokesman for YASunidos said the electoral body acted “in bad faith” against the group and also exhibited “alleged” forms that were rejected in the three modules of manual review (the first stage of the verification process).

According Fabricio Astudillo, another representative of the group, they suspect that the whole process was “manipulated” and that “there are forms that are not ours and that the CNE wants to pass them off as our own.”

This Saturday activists are planning a national meeting of those involved in the process of collecting signatures to define the next step to take in the matter. 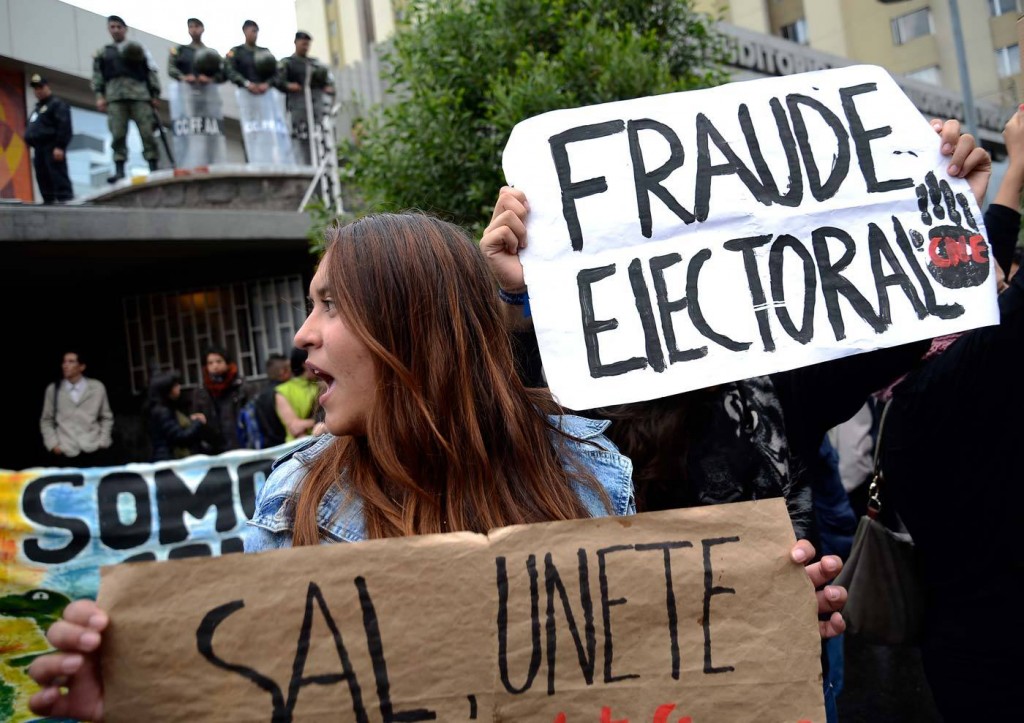 YASunidos alleges fraud in the CNE.

Ecuador seeks to close deal with EU next June