So says the environmental group Yasunidos last Sunday regarding its campaign of collecting signatures for the decision to wheter or not to extract oil from an area of ​​the Yasuní nature reserve, to remain in hands of the people.

The complaint comes after an alleged plagiarism at the hands of the government in annexes that appeared in yesterday’s editions of El Universo, El Comercio, Hoy, El Diario (from Manabi), among others, which contained formats with green covers, showing an illustration of a tree. The titles were: “Yasuní I sign for you,” “Yasuní yes” or “For a free-of-extractivism Yasuní.”

The Yasunidos group said on its Twitter account (@Yasunidos) that these annexes sought to “confuse” the citizens. “Boycott from the government against the campaign @Yasunidos and the  #Yasuní We Must Denounce” said another tweet. Another one stated: “2 annexes about the #Yasuní. ARE NOT OURS, although both of them copied our design.” 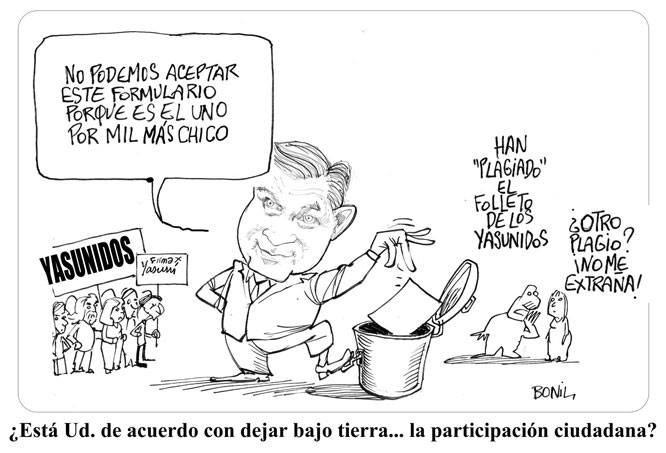