Yasunidos, “malcriaditas” and “hedonistas”, the incidence of social movements in the elections

A young sector, connected by social networks, identified with human rights, environmental, gender and disobedient of the useful vote can definitely tip the balance in the 2021 General Elections in Ecuador. 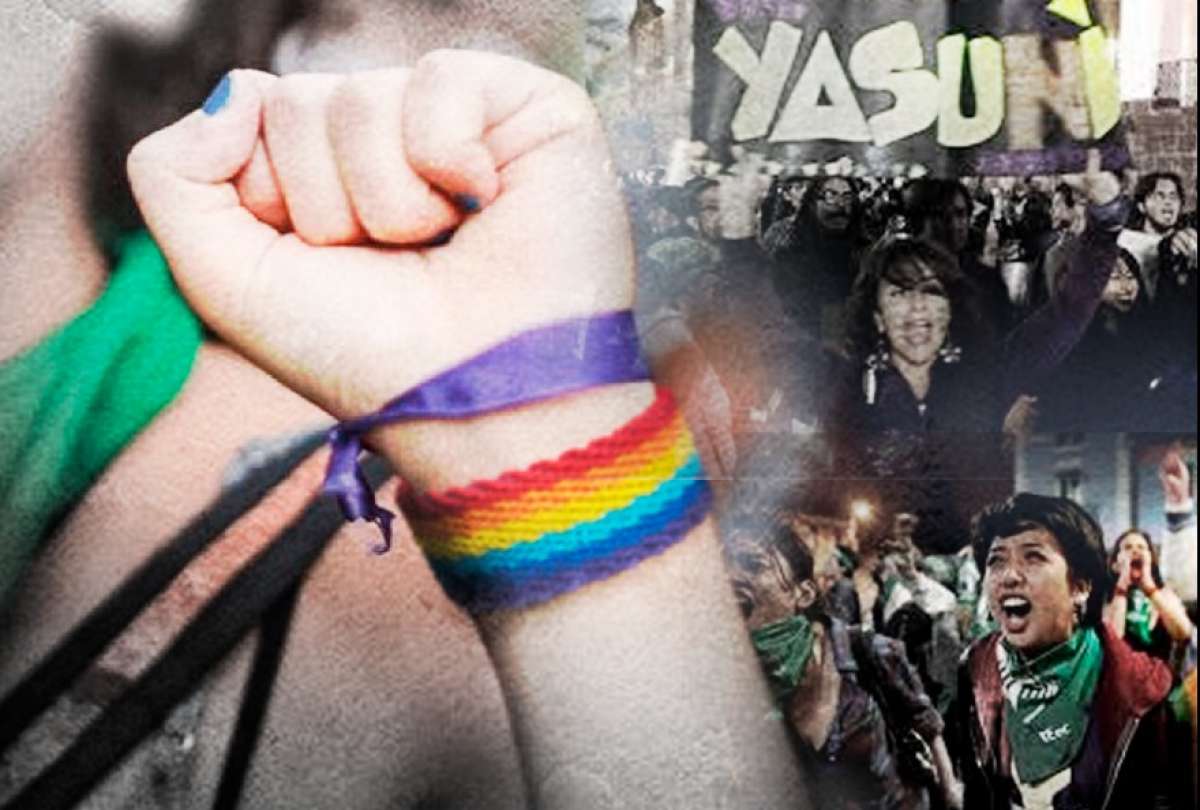 Yasunidos, “malcriaditas” and “hedonistas”, the incidence of social movements in the elections

The second round will not be the same for Correísmo, fighting with Guillermo Lasso, from the CREO-PSC alliance, as with Yaku Pérez, from Pachakutik. That is clear to them.

At this point, the yasunidos, “the hedonists”, the “spoiled ones” and the “let’s bet I’m getting married” took their toll on the parties that have historically belittled their struggle.

Diana Maldonado, an LGBTI activist, believes that a significant number of members of the Ecuadorian women’s movement and the LGBTI collective supported Yaku Pérez precisely because of his openness to social freedoms.

“It is evident the disgust that people have with that discourse that they face, that confronts and that does not take diversity into account, other sectors, historically violated, segregated, discriminated groups, something that Yaku did and I put this as a measure because certainly the two candidates who spoke about rights, not only about human rights but also about the rights of nature, have had a high vote and I am referring to Yaku Pérez and Xavier Hervas (Democratic Left) ”.

He also points out that Lasso never wanted to talk about rights and focused rather throughout his campaign on offering work, which had an impact on the electoral setback that he is now experiencing and that could leave him out of the electoral fight.

“Young people, centennials and millennials who are a large part of the bulk of the electorate, are interested in work and health as much as nature, abortion and diverse sex-gender people, therefore Lasso’s expired position could be his sentence ”Says Diana.

Thus, “the accumulation of errors made by Lasso took its toll on him, errors that, by the way, had been dragging on since before the campaign because we remember that Lasso sent a letter to the President of the Republic a few months ago to veto the Organic Code of the Health, where two issues inherent to rights were discussed: dehomosexualization clinics and the decriminalization of abortion ”.

It also paid, says Diana, the fact that Correa recently said that women who abort are hedonistic and sexual frenzy, which could have been in favor of Yaku, but also “there is a current that exists throughout Latin America: in Argentina, with the green tide; In Colombia, with the use of cannabis, a wave that speaks of human rights, rights of nature, progress as a community, not only as individuals, deepened everything by the pandemic because we realized that the community, the social It works, and the individualism that gets along very well with capitalism today has no place ”.

“Yaku Pérez and Manuela Picq (his partner) also have a profile of respectful and promoters of human rights that is quite high due to their historical struggle, not only in the campaign, since Yaku has been an activist, he has fought against Correa, Manuela himself and that creates empathy. Manuela is also a nice and prepared woman ”, says Diana.

For Mónica Cabrera, environmentalist and animalist, member of Rescate Animal and Pacifico Libre, issues of law, environmental and animal rights weighed heavily when making the decision to choose.

“I feel that millennials and centennials are more open-minded and receptive to these issues, hence they aligned themselves with Yaku, a candidate who left the door open to debate these points.”
Faced with that fresh and renewed position were two other candidates who did everything possible not to talk about the matter, such as Arauz and Lasso, although it was already known how Lasso and the former’s mentor thought about it, but also the pairing of the CREO candidate Alfredo Borrero, a few hours before the elections a cultivable pearl took off by attributing a genetic issue to homosexuality, ”says Mónica.

“The vote that Yaku Pérez obtained was not an anti-government vote but a vote for the hope of having openness with a government that listens to these issues above all,” says this vegan activist, adding that “the campaign teams of both Arauz and Lasso They underestimated these positions, they evaded the issue and the environmental issue greatly worries the new generations, in addition to the climate issue, the issue of water; in Cuenca he won the consultation with more than 80% and with such a result the message is clear, it is not a novelty ”.

He also points out that the Animal Rescue and Free Pacific collectives sent all the candidates together with the Sacha Project a proposal for the future based on 7 thematic axes: bioeconomy, circular economy, agri-food, marine reserve, climate change, mining and oil, a A well-worked proposal with activists prepared to have feedback, and the only one who spoke and showed their support was Yaku.

“That reveals the profile he handles. Hervas did not respond, but in his plan he had two very interesting things on the environmental issue ”, he clarifies.

María Fernanda Carrera, teacher, journalist and human rights defender, refers to the book “The arrogance of the present”, by Jean-Claude Milner, to explain what is currently happening because in its pages there is that kind of phenomenon of verberation with the country since “social changes take time and there have been many public and private efforts that have been made perhaps since the 1960s in Ecuador to achieve rights.”

“Let’s think about the movements of the 80s in favor of women’s rights”, says Fernanda, who ponders “that all that generation of people have children and their children, in turn, must have understood the perspective of rights beyond polarized or reactionary positions that exist in the country ”.

“Let us remember that in Ecuador in 2012 a report indicated that 6 out of 10 women had suffered violence and these figures had an impact on society, which generated a renewed awareness of violence against women,” she asserts.

María Fernanda highlights that Yasunidos also obtained 755,000 signatures with his work as an ant for the consultation for the preservation of Yasuní and that abortion due to rape achieved 65 votes in favor in the Assembly last year and multiple mobilizations.

“If we take into account that 38% of the population is made up of children and adolescents and 31% of young adults, we can perhaps think that there is a renewal around certain issues that religious conservatism made see as negative when they exclusively concern rights ”.

He adds that on the ecological and gender issue, the painful intervention of former President Rafael Correa could be viralized, referring to the “hedonistic and frenzied sexual behavior” linked to abortion, refusing, as always, to see the issue as a public health problem that causes the death of women, which generated all kinds of reactions on social networks, but immediately afterwards, the running mate of the candidate Guillermo Lasso spoke about LGBTI people and dehomosexualization clinics, which generated rejection by some journalists, researchers , activists and youth.

María Fernanda also explains that she knows the anguish that the friends and relatives of those who are affected, tortured or raped in these clinics can experience and clarifies that many people should stop thinking that liberalism should only occur economically and not in the freedoms civil rights and in the recognition of human rights.

“This generation has experienced awareness-raising processes, with content on social networks, on human rights. Yaku Pérez has always been conciliatory with these positions, and Manuela Picq shares them, elements that shaped the panorama that we are seeing now ”, he concludes.