Yemen Starts Its Own Protests 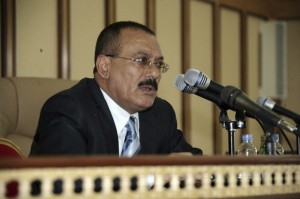 The main opposition parties called thousands of Yemenis to the streets of the Capital Sana to the demand a change in the government. This was inspired by the protests that led to the abandonment of power by the former president of Tunisia Zine el Abidine Ben Ali.

Meanwhile, the parliament opposition tries to capitalize the Tunisia effect for the elections to be held next April, calling for four demonstrations in different sectors of the capital to divide the police force. After the forced resignation of Zine el Abidine Ben Ali, Yemeni students and activists have performed countless of protests in several cities; however, this is by far the greatest of them all.

The current president of Yemen, Ali Abdullah Saleh, 68, has been trying to ease the tensions by announcing the increase of salaries for all the officials and members of the Security Forces.

Saleh presidential period ends in 2013; however, there is an amendment that could elect him again. This is subject of debate within the parliament. The problem with its people is his shameful public finances, this maintains the half of its 23 millions of habitants below the standards of poverty.