At the end of school, young Ecuadorians must take an exam to try to enter the university. Some pass, others don’t. Those in this second group live in limbo. 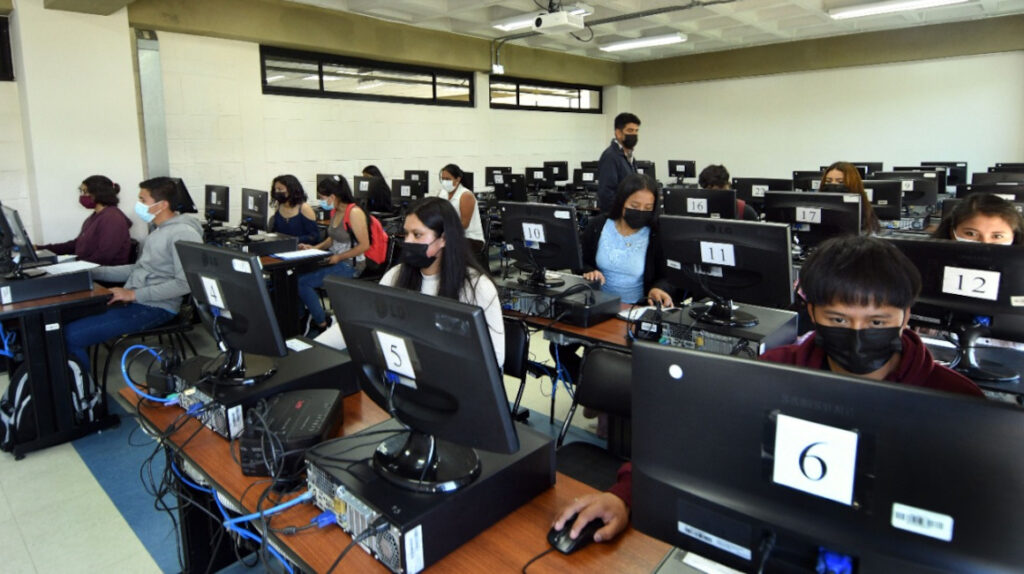 Students take the Transform exam on September 2, 2022 in Quito.

This note is based on the article “The kids are not well”, by Marco Martínez, published in Mundo Diners magazine in December 2022.

Ximena López, 18, has taken the university entrance exam three times. Like many young Ecuadorians, when she finished school, she thought that it would not be difficult to pass it.

She wanted to be a flight attendant, but that’s an expensive career. Therefore, she had to leave her vocation and be consistent with the economic possibilities of her family. She trained for a time as a dental assistant and did an internship in a hospital in Guayaquil.

But that was not her thing.

Did the same thing happen to your school friends? “Very few managed to enter a public university. Some are in private universities. Others obtained scholarships from the municipality,” she comments.

And then the obligatory question: how do you feel after the failed attempts? “I got a little frustrated, but I didn’t get down and I haven’t stopped trying.”

In September of this year, she took the admission test for the fourth time. This time she opted for Business Administration. She thought that with this career she could join the car dealership business and have a better income.

However, the score she obtained was not enough for her to choose Administration.

What about the youth?

Although Ximena does not confess to being disappointed, after hearing her testimony, some questions underlie: what happens with the young Ecuadorians? are they confused, discouraged?

We went to a high school teacher looking for answers. This is Tatiana Mendoza, a language and literature teacher at the Felipe Costa von Buchwald Educational Unit. She teaches students in their last years of college, prior to university.

“The boys are aware of the general pessimism that exists here in the country and everywhere. Out of 40 students in a classroom, 35 still don’t know what to study, they are afraid of making the wrong choice and making a mistake.”

“On top of that, they have parents telling them all the time that they should already be clear about what profession to follow. It is about an age in which the issue of changes is so vital, that it is unfair to require children to make such an important decision.”

So young people who finish school need to know themselves. Apparently not.   According to Tatiana, more than not knowing what to study, they doubt that the career they like will allow them to get a job and earn enough.

Kristel Alcívar, is 19 years old. As soon as she finished school, she and her friends registered online to take the test. They began to prepare: they studied, watched tutorials, practiced with the online simulators, and took the test.

However, the result was negative.

Kristel opted for Psychology and Economics; she is also attracted to Criminalistics. For this reason, after the first failed attempt, she enrolled in a physical preparation course with the aim of joining the National Police.

At some point, she considered studying Journalism, just as she now thinks of being a kindergarten educator. Badly, she is trying to answer the big question: what do I do with my life?

Two of Kristel’s close friends are already studying at public universities. She is looking forward to 2023 to try again her fight for a quota.

Meanwhile, she works at a department store to save for a private college, in case she fails the exam once again.

Commercial dynamism between Ecuador and Russia is in decline due to that country’s conflict with Ukraine, bananas are one of the main export products affected