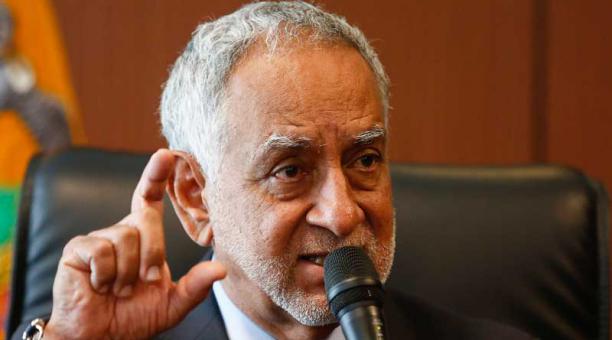 The ‘spot’ or immediate oil sale that will be carried out in January 2018 will be key in the renegotiation of the contracts maintained by Ecuador with Petrochina, Unipec and Petrotailandia.

The price obtained during this tender will be considered to set the new rates in the long term contracts that Petroecuador is currently holding, said Carlos Pérez, Minister of Hydrocarbons, on January 17, 2018. “It will definitely affect”. Ecuador has eight long-term contracts with Asian companies: Petrochina, Unipec and Petrotailandia.

The agreements were signed during the previous government, but since October 2017 the sector authorities are pushing for the renegotiation of these agreements, because they consider that the conditions are not favorable for the country. In this renegotiation, Ecuador has proposed changing the formula to establish the price of Ecuadorian oil, because one of the components used to calculate it is no longer published; review the committed volumes, because they are considered excessive; and redefining the cost of transportation that Ecuador must pay to companies.

The three Asian companies with which Ecuador has committed oil pay for Ecuadorian oil an amount that does not correspond to the reality of the oil market. On average, they are between USD 3 and 4 less than the international market price, said Fernando Santos, former energy minister. For this, Santos said it is right to take Ecuadorian crude for sale ‘spot’. Currently, in the international market, the demand for heavy crude, such as Ecuadorian, is high, because the production cut promoted by the Organization of Petroleum Exporting Countries (OPEC) affected the supply of this type of hydrocarbons. This measure applies in 2018.

Luis Calero, an oil analyst, also considered positive the decision to take out Ecuadorian crude immediately, and then include these prices in the fixing of tariffs for long-term contracts. But he added that it is necessary to define, in the renegotiation, if this type of mechanism will be done with certain frequency to keep the cost of the oil barrel updated.

The oil presale contracts with Asian companies will be in force until 2024. With these firms, Ecuador has committed around 500 million barrels of oil. Even in 2018 the country was not expected to have available resources to export, but after talks with representatives of these oil companies, it was resolved to release 3.6 million barrels of crude oil.

The release of oil was feasible because the contracts have some flexibility, between 5% and 10% difference, in the final delivery of the product. This strategy will allow the first ‘spot’ sale of 2018 to be made. In total, 3.6 million barrels of Oriente crude will be offered.

The delivery will be made in 10 shipments of 360,000 barrels each. 31 companies will participate in this process, Petroecuador reported. These firms will present their proposals based on what determines the oil market. The price of West Texas Intermediate (WTI) oil, which serves as a reference for Ecuador, closed yesterday at USD 63.97 a barrel. On the other hand, the national theoretical price of January 16 was quoted at USD 57.82, according to figures from the state company Petroecuador. The ‘spot’ sale that was announced yesterday is the second that Petroecuador makes during the current government.

In September 2017, 2.16 million barrels of crude were offered in the immediate market, after three years Ecuador did not resort to this modality to sell its natural resources. Then, for the Ecuadorian crude Glencore offered a differential of more than USD 0.51, higher than the WTI.

In the spot market, oil shipments are sold with immediate delivery. They are also called short-term sales, in which the price of oil is established based on how much the market is willing to pay. The negotiation of long-term oil pre-sales contracts continues. The Ministry of Hydrocarbons informed that there is a period of 30 days to reach agreements, otherwise it has not been ruled out to repurchase the debt in the cases that the contracts permit, and thus release the Ecuadorian crude that is committed. (I)