Zapatero Comments on the ETA 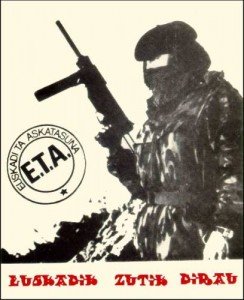 “The communication does not works, it has to give much more and we will not allow any mischief,” pointed out the president, Jose Luis Rodriguez Zapatero, on a public communication against the terrorist group regarding the ceasefire message.

The president assured that they are not going to lower their guard who expresses his frustration on the ETA communication. To recover from the terror the organization has instilled over the years, is a long and expensive process. However, Zapatero expressed his optimism “Whithout a doubt we are near the end of this violence. It will take a while, and we must stay together.”

The president has been asked if there is a possibility that the nationalist left abertzale could stand for election on next May. Zapatero did not give any forecast on such matter or on the end of the ETA. The message given by the president shows how him and the rest of political parties are not satisfied with the announcement of the Basque terrorist group.