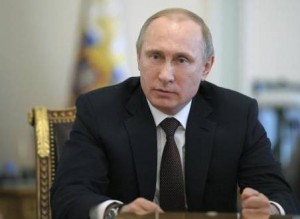 The U.S. government announced a new batch of `targeted´ sanctions against seven senior Russian officials and 17 companies related to the close circle of President Vladimir Putin to punish what they called `provocations´ against Ukraine.

In a statement, the White House´s spokesman informed of actions against seven government officials, `including two members of the inner circle of President (Vladimir) Putin´ and also against seventeen companies related to the President, among other actions.

Washington will also harden the regulatory requirements of some high-tech exports that can have military use for Russia, the White House said.

Obama said that the objectives of the new sanctions shall be the exports of high technology products for the Russian defense industry.