Assembly will carry out first debate on Monetary Code

As confirmed by the president of the Economic Commission of the National Assembly, Osvaldo Larriva, on next Tuesday, July 8th at 09:30 am, the plenary of the Assembly will perform its first debate on the draft Organic Monetary Financial Code.

The debate on the text of 516 articles will include the report released by the Committee on Economic Regime regarding the main changes made to the proposal submitted by the Executive as urgent economic matter, last June 25. 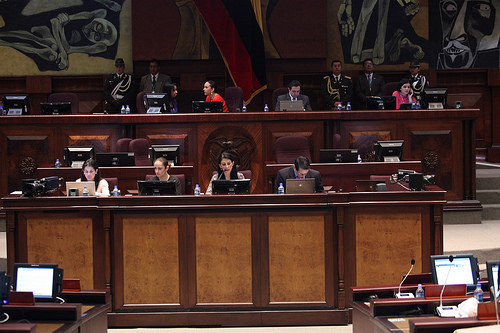