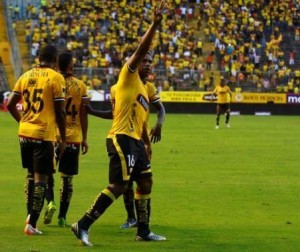 Barcelona won 2-0 to Independiente José Terán by date 13 of the local tournament, achieving its fifth victory of the year.

The Guayaquil team opened the score at minute 64 with a shot of Luis Caicedo, deflected by Arturo Mina, who could not tackle the Independiente goalkeeper.

Minutes later (69 min), Ely Esterilla scored the second goal after Stalin Motta pass the ball to the backs of Andrés Lamas with a cross shot.

Thus, Barcelona climbed to the fifth standings of the national championship.