The political party Adelante Ecuatoriano Adelante (AEA) ratifies the presidential candidacy of Álvaro Noboa . The party will hold its national convention in Guayaquil on August 9, 2020, as part of the processes of internal democracy . 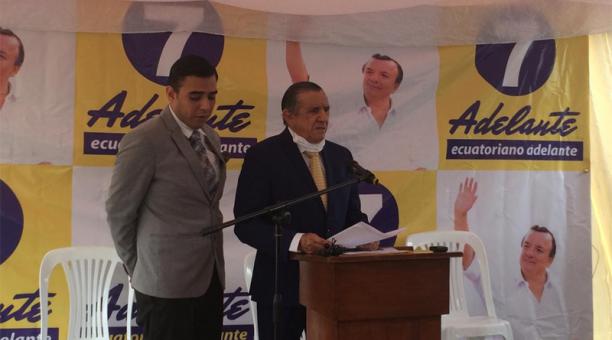 There the party binomial for the elections will be announced. “Álvaro Noboa is the pre-candidate for the Presidency of the Republic, ” said Wilson Sánchez , national president of the political organization.

“The Ecuadorians have recognized in Álvaro Noboa the patriotic, solidary citizen, who all his life has generated sources of employment and knows how to wisely manage his companies giving work to thousands and thousands of Ecuadorians,” Sánchez said. The event will also define the candidates for the National Assembly .

Days ago, Noboa announced via video the intention to accept the application for 2021, which would mean his sixth participation to reach Carondelet .

However, his nomination comes while his party is in the process of being eliminated by the National Electoral Council . The agency’s vice president, Enrique Pita , confirmed that this process remains open. “The process is going, but it has not yet been canceled (the party). It is a risk to announce your candidacy with a party in danger of being extinguished. ”

However, Sánchez rejected the possibility of being removed from the ballot . He explained that article 314 of the Democracy Code says that organizations that have been legally registered up to ninety days before the respective call for elections may apply .

“That is until June 19. And the AEA party, list 7, continues in the register of Political Organizations of the CNE . Therefore, Álvaro will be the candidate of our party, it is valid, ”he indicated.