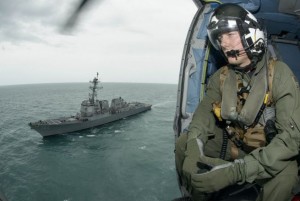 A rescue team detected on January 10 signals of the black boxes of the AirAsia plane, crashed with 162 people on board last December 28 in the Java Sea, a day after it managed to recover the tail section of the apparatus.

The signals have been detected at about 30 meters depth and within 4 miles from where the back of the aircraft remained, reports the Indonesian Metro TV channel.

Authorities are trying to establish the exact location of the devices to proceed to recover the equipment. The two black boxes, which are actually orange, keep the records of conversations in the cockpit and flight data, and are essential to know what happened to the plane before falling into the sea.

So far, the rescue teams have been recovered 48 bodies of the 162 people aboard.