Businessmen give ideas for the Government’s economic plan 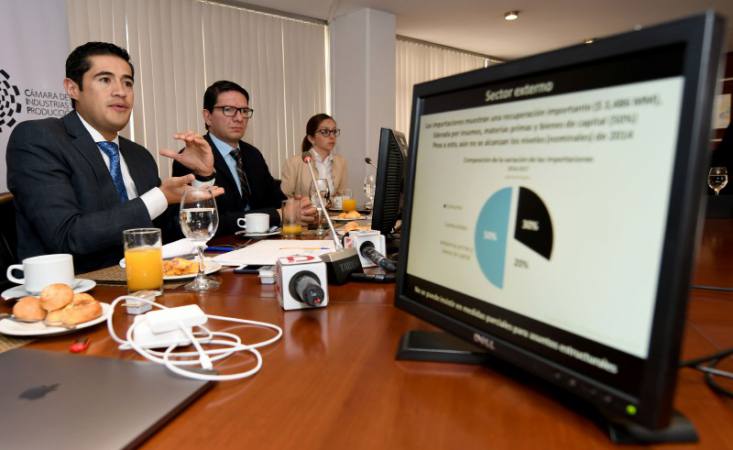 A tributary amministry and the elimination of the super gasoline subsidy are some of the measures that the productive sector suggests incorporate into the government’s economic plan that will be launched on April 2.

According to the head of the National Secretariat of Higher Education, Augusto Barrera, the final document will be presented today by Minister María Elsa Viteri to President Lenín Moreno.

Yesterday, Richard Martinez, president of the Ecuadorian Business Committee (CEE), explained the suggestions that have been made to the authorities.

For Martinez, the tax amnesty could generate $ 700 million of income to the State. However, he said that the errors caused in the previous one should be corrected, clarifying that whoever accepts this agreement is not recognizing that they have not complied with the norm.

It considers that the elimination of the super gas subsidy can generate $ 300 million annually. It also proposes the lifting of the OPEC quota to raise the crude export figures.

With the adoption of this and other measures such as the renegotiation of the debt with China, income could be reached (by saving and increasing resources) of $ 3,555 in one year and $ 10,318 million in four.

Entrepreneurs have started that the need for financing for this year is at least $ 11,000 million.

For Martinez, the Government can not stop borrowing at this time, but it must do so in other conditions. For this, the country risk must be lowered, presenting an economic plan under this objective.

Barrera said that in this economic plan the point of view of all the actors will be collected. “We have listened, I think as never before in the formulation of the plan, to the entire ideological, political and productive spectrum,” he said. When asked if it would include the elimination of subsidies or more taxes, he said that the government will not affect the popular sectors.

The minister of Industries, Eva García, indicated that her proposal is the reduction in a “very considerable” percentage of tariffs for raw materials, capital goods and intermediate inputs for industrial production.

Also that the tax on the exit of currencies (ISD) be revised, especially for exports with the aim of increasing them. He added that he does not know about the value added tax (VAT), since it is the responsibility of Viteri.

700 million dollars could be generated through a new tax amnesty, say the businessmen. (I)