China, Colombia and the US, the major partners 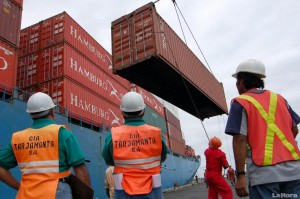 Good part of Ecuadorian products are demanded by three partners: China, Colombia and the United States. From January to April this year, the country’s importers spent 8.035 million dollars (including the costs of insurance and freight) for all goods brought from abroad, according to the Central Bank of Ecuador (BCE), ie $ 653 million less than the same period last year.

45% of the total acquired was purchased from these three countries. Despite being the largest suppliers of Ecuador, purchases declined to respect the imports reduction imposed by the Government, either through tariffs, quotas and even surcharges. For example, US orders declined by 33% and Colombian orders by 3.77%.