The Political Counselor of the Chinese Embassy, ​​Wang Xinming, indicated yesterday that his country has not received notification of any Ecuadorian government complaint before the South Pacific Regional Fisheries Organization (SPRFMO) due to the presence of the Chinese oceanic fleet that surrounded Galapagos in the last months. 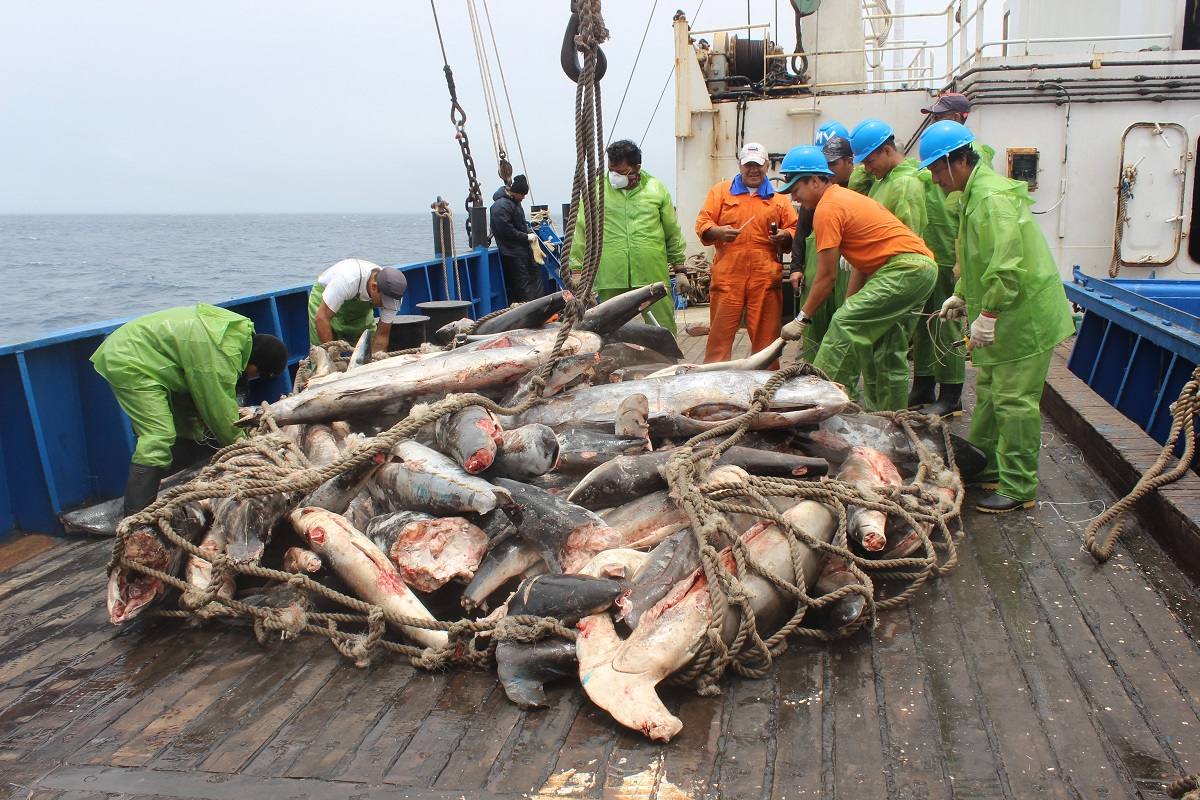 In an interview with this newspaper as a result of the report published last week, Xinming insisted that the ships of the flotilla did not enter the exclusive economic zone around Galapagos or turn off their satellite tracking, and that his country has a zero tolerance policy. to illegal fishing.

If Ecuador files a claim with the South Pacific RFMO, the Chinese government will sanction vessels responsible for crimes without any protection, he announced.

“The Chinese government monitors the VMS (Vessel Monitoring System) reports and I can tell you that there have been no incursions … there is a mistake because there is talk of the AIS (Automatic Identification System), which can sometimes have interruptions,” he explained.

When he was insisted on the complaints based on data from the Marine Traffic and Global Fishing Watch portals, as well as the HawkEye firm that ensures that there are signal interruptions by ships, Xinming reiterated that according to the monitoring of his government’s VMS there have been no such irregularities. “China is a responsible country that dictates strict measures,” he said.

He rejected US Secretary of State Mike Pompeo’s comments on illegal fishing activities by the Chinese ocean fleet. These comments are unfounded and our embassy has already issued statements in this regard. We respect the support that the countries receive, he commented on the participation of the US Coast Guard patrolman Bertholf, in maneuvers together with the Ecuadorian Navy when the Chinese flotilla was around Galapagos.

According to Xinming, the Chinese ocean fleet, as established in the 2017 five-year planning, does not exceed 3,000 ships and as part of this plan, the number of scientific observers on board will be progressively expanded, but could not specify the number or percentages. These observers are vital because they make independent reports on fishing days, catches, transshipments and discards.

This planning also includes the elimination of the diesel subsidy to the fleet. The adviser indicated that no date has been announced for China to sign the FAO “Agreement on Port State Measures” to prevent and eliminate illegal fishing.

Finally, he assured that they still do not have a report from the Hong Kong authorities investigating the seizure of 26 tons of shark fins from Ecuador last May.

The ship Bertholf, from the United States Coast Guard, joined the Ecuadorian Navy at the end of last August in training maneuvers as the Chinese oceanic fleet surrounded the Galapagos Islands. This was reported by Jon Piechowski, deputy assistant secretary for Western Hemisphere Affairs of the State Department of that country.

In a telephone dialogue with several journalists last week, Piechowski reiterated his country’s support for Galapagos and the Ecuadorian authorities to detect illegal fishing in the archipelago’s marine reserve, a world heritage site.

Several foundations have organized to help with equipment, funds and boats necessary in the Galapagos National Park to detect illegal fishing, he said about the presence of the Chinese ocean fleet that fishes for giant squid.

He recalled that in addition to exercising their sovereignty in territorial waters, the countries of the South Pacific coast, such as Ecuador and Chile, can make use of diplomatic channels to present claims to Beijing, if they consider that there are illegal fishing activities in their waters. There is also the international treaty “Agreement on port state measures,” from FAO, he recalled.

The countries must exchange information about what is happening with their fishing resources and present claims to the countries of any vessel that violates international standards, he concluded.

‘The Prosecutor’s Office does not have the budget for the immediate creation of specialized units for the extinction of property,’ says Diana Salazar