BREAKING NEWS
Greater participation of the State and the bank promoted the Stock Exchange
Eight challenges facing the Ecuadorian fishing fleet
Jamil Mahuad, after 20 years of dollarization: It is unfair and infamous that political hatred prevents me from returning to Ecuador
La Cumbre is still being monitored on Fernandina Island
Debuts the third airline that offers direct flights to New York in the country
Non-traditional destinations boosted banana shipments
Rafael Correa commanded in a criminal organization, according to elements of conviction highlighted by Judge Daniella Camacho
Community tourism makes its way with local initiatives
Third-party properties may be finished off with COIP reforms
These are the most profitable companies in the Ecuadorian stock market

Chocolate Day is celebrated every September 13, a preparation based on cocoa beans that have been present in America for nearly 4,000 years.

Although it is now known as an ingredient to prepare desserts, the Mesoamerican peoples used it in ceremonial contexts. 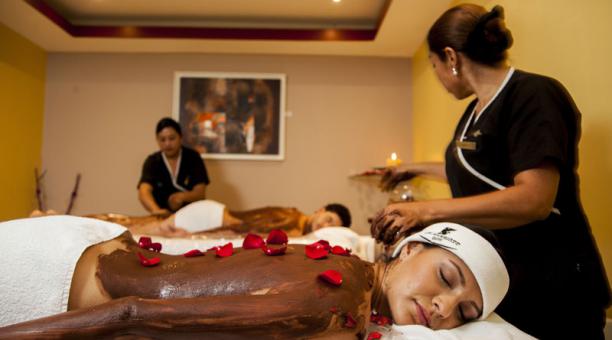 This is because, in addition to being a highly energetic food, it is rich in vitamins, minerals and also has aromas that can be used in aromatherapy.

Thanks to these properties, cocoa is currently used for cosmetic purposes. Elizabeth Torres, manager of the Zumay Health Club of the JW Marriott Hotel, says that in the space she runs, two services are offered with this ingredient: Chocolate and Pleasures of Cocoa and Roses.

“Having the best cocoa in the world, we saw the opportunity to sell that idea to our guests and local customers,” says Torres.

Among the main properties, he says, are the antioxidant, emollient, vivifying and stimulating.

On the other hand, the benefits that cocoa offers are also used for the preparation of cosmetic products.

This is the case of Artecacao and Hana, two local brands present at Galería Ecuador. Bonny Cevallos, the creator of Artecacao, says she began researching the cocoa cob in 2014. Currently, she has lip balm, mask, soap, exfoliating salt, among others.

“Cocoa hydrates and moisturizes. It has vitamin A and C, which are beneficial for the skin, ”he says.

Paula Arteaga, the owner of Hana, announces that the brand developed a base cream from cocoa butter, which can be used in any cosmetic product.

“In the cocoa paste, we find stimulants such as theobromine that helps stimulate the production of collagen in the skin and strengthen hair growth,” adds Arteaga.

E-commerce is prospering in Ecuador